Temperatures soar as heatwave hits western US and Canada 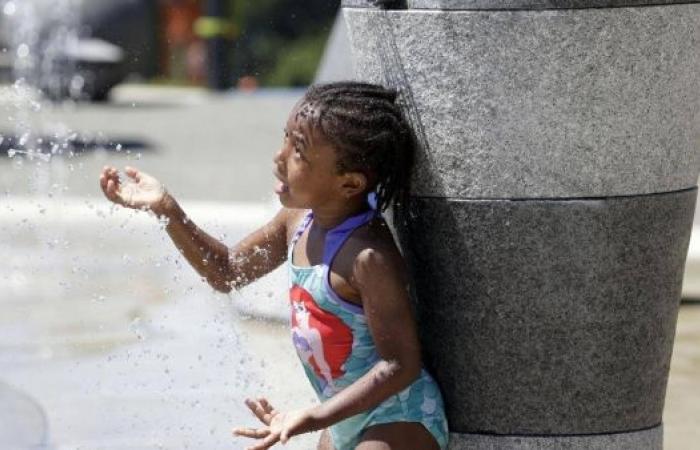 Hind Al Soulia - Riyadh - WASHINGTON — A "heat dome" has formed over western Canada and the US, triggering heatwave warnings as both countries brace for record-breaking temperatures this week.

The US National Weather Service has said the heatwave "will likely be one of the most extreme in recorded history" for parts of the region, as people are warned to take precautions against "life-threatening" heat.

The Pacific Northwest is baking in a record-breaking heatwave, with an all-time high of 108 degrees Fahrenheit reported Saturday in Portland, Oregon.

Along the West Coast, more than 20 million people are under a heat warning or advisory, from the Canadian border to the Mexican border.

Seattle and Portland set record temperatures on Saturday as a dome of extremely hot air settled over the US Pacific Northwest.

All of Washington and Oregon, and parts of Idaho, Wyoming and California, are under an excessive heat warning.

Temperatures are set to soar 20 to 30 degrees Fahrenheit above average throughout the region during the weekend and into next week, the US National Weather Service (NWS) said.

"This event will likely be one of the most extreme and prolonged heat waves in the recorded history of the Inland Northwest," the NWS added.

Unprecedented and dangerous heat will continue to build across the Pacific Northwest for several days, where high temperatures will climb into the triple digits. Hundreds of daily high-temperature records are forecast to be broken Sunday through much of this week.

Monthly June records and all-time records are also possible, especially today through Tuesday for some locations. Extreme heat over long periods will significantly increase the potential for heat-related illnesses.

As the US Pacific Northwest bakes in a record-breaking heatwave, Canada has recorded its highest ever temperature as the country's west and the US Pacific north-west frazzle in an unprecedented heatwave.

A "heat dome" of high pressure parked over the region has set new records in many other areas. A heat warning is in effect for most of Western Canada and the country's weather agency says numerous daily temperature records have been shattered across British Columbia, which is directly north of Washington state. — Agencies

These were the details of the news Temperatures soar as heatwave hits western US and Canada for this day. We hope that we have succeeded by giving you the full details and information. To follow all our news, you can subscribe to the alerts system or to one of our different systems to provide you with all that is new.