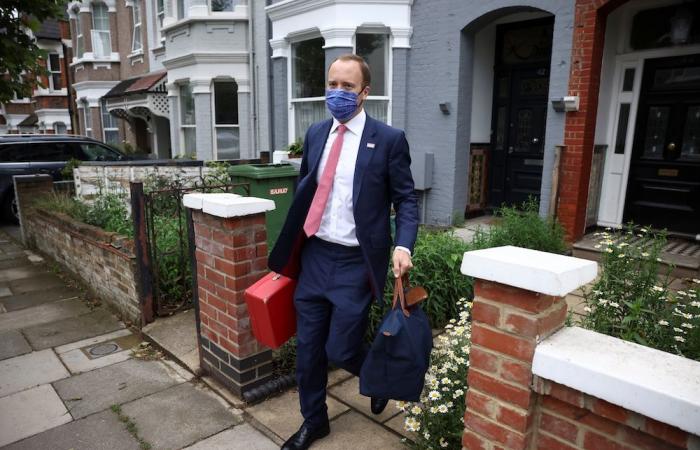 Hello and welcome to the details of UK government, hit by Hancock scandal, to probe leak of footage and now with the details

LONDON, June 28 — Britain’s government will investigate how images of former health minister Matt Hancock kissing an aide found their way into the media and forced his resignation, in the latest scandal to hit Prime Minister Boris Johnson’s government.

After first rejecting calls for Hancock to be fired or to resign after pictures were published on Friday of him embracing a woman he had appointed to a taxpayer-funded role, Johnson accepted the minister’s decision to step down on Saturday.

The departure put renewed focus on the government over its handling of the Covid-19 pandemic. Led by Hancock, it stumbled in the early days over testing and protective equipment. Britain has one of the highest official coronavirus death tolls in the world.

A report by the BBC on Sunday that sensitive defence ministry documents had been found by a member of the public at a bus stop this week did little to dispel a sense of chaos at the heart of government. The ministry said it was investigating the incident.

Asked whether the health ministry was investigating how the images of Hancock had been taken in his government office and then leaked, Northern Ireland minister Brandon Lewis told Sky News: “It is a matter I know the department of health will be looking into to understand exactly how that recording ... got out of the system.”

He later told Times Radio there were two issues for the government to look into - whether the camera in Hancock’s office was there “appropriately” and, if it was there for security reasons, “how that video got out to the public domain”.

The Sun newspaper published photos on Friday of Hancock kissing the aide last month — at a time when coronavirus guidelines banned people from hugging others who were not members of their household. It has also posted video footage.

‘Too slow, too weak’

After the images were published, many of Hancock’s fellow Conservative lawmakers had privately called for him to go, saying his position was untenable after he admitted to breaking the coronavirus restrictions he had set.

Johnson, who has faced down criticism of various scandals including the funding of refurbishment of his apartment and a trip that broke restrictions last year by his then senior adviser Dominic Cummings, first stood by Hancock.

He then accepted the minister’s resignation on Saturday and suggested Hancock might return to a higher public role.

Britain’s main opposition Labour Party has raised a number of questions about the Hancock scandal, including whether the former minister had broken government rules.

“If anybody thinks that the resignation of Matt Hancock is the end of the issue, I think they’re wrong,” Labour leader Keir Starmer told reporters.

“The prime minister should have sacked him. Yet again Boris Johnson was too slow, too weak and didn’t show the leadership that was needed. When the many people who made huge sacrifices during this pandemic see this, what they see is one rule for them and another rule for those close to government.”

The Sunday Times, citing documents, reported that Hancock faced an investigation into allegations he had used his personal email to conduct government business, breaching guidelines.

A Department of Health and Social Care (DHSC) spokesperson said: “All DHSC ministers understand the rules around personal email usage and only conduct government business through their departmental email addresses.”

New health minister Sajid Javid, appointed by Johnson on Saturday, told reporters his top priority was to see an end to the pandemic as soon as possible, a statement that was later toned down in a comment issued by his ministry.

“We are still in a pandemic, and I want to see that come to an end as soon as possible and that will be my most immediate priority to see that we can return to normal as soon and as quickly as possible,” said Javid, a former finance minister. — Reuters

These were the details of the news UK government, hit by Hancock scandal, to probe leak of footage for this day. We hope that we have succeeded by giving you the full details and information. To follow all our news, you can subscribe to the alerts system or to one of our different systems to provide you with all that is new.