Peru vote review can resume as new judge sworn in 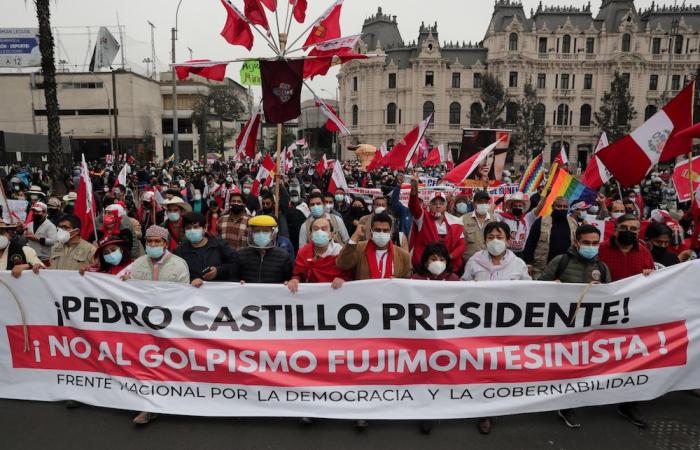 LIMA, June 27 — Challenges to balloting in Peru’s disputed June 6 presidential election can resume as a new judge was sworn in Saturday to the panel overseeing vote disputes.

Leftist Pedro Castillo took a majority of votes, according to the unconfirmed count, in an election his right-wing rival Keiko Fujimori — charged with corruption in an unrelated scandal — claims was riddled with fraud.

The election has not been called due to the fraud claims from the Fujimori camp, which asked the National Jury of Elections (JNE), the final vote arbiter, to review thousands of votes.

If she loses, Fujimori risks an imminent graft trial that would otherwise be delayed until after her presidential term.

One of four JNE judges, Luis Arce, announced Wednesday that he “declined” to continue his duties, from which he cannot resign under law until the job at hand is done.

On Saturday Victor Raul Rodriguez was sworn in as Arce’s replacement.

Salas has endured fierce criticism from Fujimori supporters and even demonstrations outside his home.

The JNE has had to weather a highly polarized political environment that has seen large demos in favor of Fujimori and Castillo, including two in Lima on Saturday.

The situation was further rocked this week by the airing of audio from Vladimiro Montesions, the nefarious intelligence chief under Fujimori’s father Alberto Fujimori (who was president from 1990-2000). Montesions is currently serving time for human rights abuses.

In the audio the imprisoned Montesinos gives instructions to buy three of the four JNE magistrates and throw the election for Fujimori.

According to the full vote count, Castillo received 50.12 per cent of the votes in the election, or some 44,000 more than Fujimori.

The United States has declared the vote “free, fair, accessible and peaceful” and the Organization of American States has said it was without any “serious irregularities.”

The JNE has already rejected the majority of Fujimori’s objections.

Peru’s new president is due to be sworn in on July 28, the country’s independence day. — AFP

These were the details of the news Peru vote review can resume as new judge sworn in for this day. We hope that we have succeeded by giving you the full details and information. To follow all our news, you can subscribe to the alerts system or to one of our different systems to provide you with all that is new.