J&J to stop selling opioids in US, reaches US$230m settlement with New York 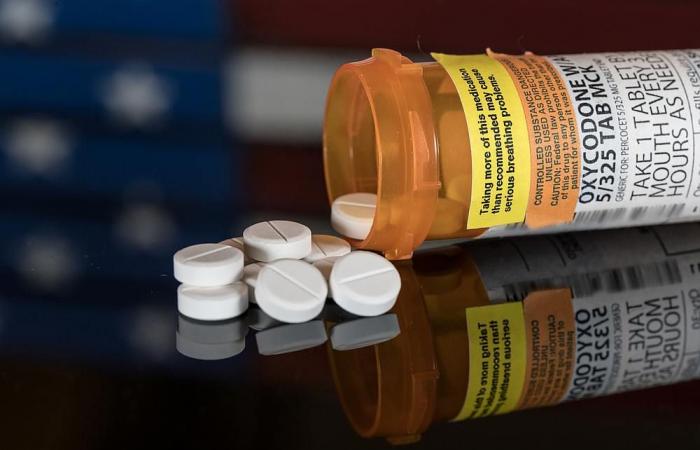 Hello and welcome to the details of J&J to stop selling opioids in US, reaches US$230m settlement with New York and now with the details

WASHINGTON, June 27 — Johnson & Johnson, one of the pharmaceutical giants accused of fuelling the deadly US opioid crisis, has reached a settlement with the state of New York for US$230 million (RM956 million) and confirmed it will stop making or selling opioids in the United States.

The agreement announced Saturday allows Johnson & Johnson to resolve litigation over its role in the epidemic, which has killed more than half a million people since 1999, according to a statement from New York attorney general Letitia James.

For its part, in a separate statement J&J said the settlement allowed it to avoid a trial that was scheduled to begin Monday, and said the group had “made the business decision in 2020 to discontinue all of its prescription pain medications in the United States.”

The settlement “is not an admission of liability or wrongdoing by the company,” it said, noting that other nationwide legal proceedings are underway, including a trial in California.

The prosecutor’s statement said the company would spread the payments over nine years.

J&J could also pay an additional US$30 million in the first year if the state enacts new legislation creating an opioid settlement fund.

“The opioid epidemic has wreaked havoc on countless communities across New York state and the rest of the nation, leaving millions still addicted to dangerous and deadly opioids,” James said in the statement.

“Johnson & Johnson helped fuel this fire, but today they’re committing to leaving the opioid business — not only in New York, but across the entire country,” she added.

That includes both manufacturing and selling opioids, James’ statement said. Johnson & Johnson stressed it had made the decision before the settlement was reached.

The US$230 million will be aimed at prevention, treatment and education efforts on the dangers of the substances in New York state.

Johnson & Johnson, Purdue Pharma and other pharmaceutical companies and distributors are accused of encouraging doctors to overprescribe opioids — initially reserved for patients with particularly serious cancers — even though they knew they were highly addictive.

Since 1999, this dependence has pushed many users of the drugs to higher and higher doses and to illicit substances such as heroin or fentanyl, an extremely powerful synthetic opiate with a high risk of fatal overdose.

About 500,000 people have died of drug overdoses in the United States since then.

The US Centers for Disease Control and Prevention, the country’s main public health agency, estimates that about 90,000 people died from drug overdoses in 2020, the majority of which involved opioids.

The US Department of Health estimates that the crisis was responsible for four years of declining life expectancy in 2014, 2015, 2016 and 2017.

The CDC estimated in 2019 that the economic burden of the crisis, including health care costs, lost productivity and costs to the criminal justice system, was about US$78.5 billion per year.

A study published by the American Society of Actuaries estimated the cost for the four years 2015-2018 at US$631 billion.

The crisis seemed to be easing before the pandemic, thanks in particular to tighter controls on prescriptions, but the CDC recently reported an acceleration of deaths from drug overdoses, including from opioids.

While legal proceedings have increased in the country, many companies are trying to reach settlements.

In February, the consulting firm McKinsey said it agreed to pay US$573 million to settle lawsuits filed by some 40 US states accusing it of contributing to the opioid crisis through its advice to pharmaceutical companies, including Purdue Pharma, the manufacturer of Oxycontin. — AFP

These were the details of the news J&J to stop selling opioids in US, reaches US$230m settlement with New York for this day. We hope that we have succeeded by giving you the full details and information. To follow all our news, you can subscribe to the alerts system or to one of our different systems to provide you with all that is new.