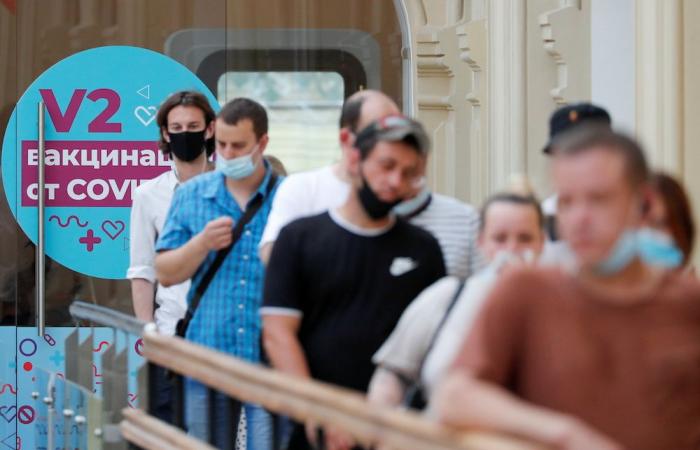 MOSCOW, June 26 — A central Russian region today suspended Covid-19 vaccinations for two days due to a shortage of doses, local officials said, as the country reported its highest daily increase in coronavirus cases since mid-January.

Russia is facing a surge in new cases that authorities blame on the highly infectious Delta variant and slow progress on the vaccination drive, with daily deaths hitting a record in the capital, Moscow, yesterday.

Following shortages that suspended inoculation campaigns from yesterday at some centres in the Bashkiria and Khabarovsk regions, health officials in the central Udmurtia region said vaccinations would stop until Monday due to a supply crunch.

The Kremlin said the issue would be resolved in the coming days, and Prime Minister Mikhail Mishustin announced additional health spending of 25 billion roubles (RM1.4 billion) for the care of Covid-19 patients.

Moscow Mayor Sergei Sobyanin said cases of the Delta variant, which was first detected in India, were on the increase in the city.

“To drastically solve the issues, you need people to get vaccinated or head to lockdowns and shut down everything,” he told state TV.

Earlier this month, authorities in Moscow and several other regions made vaccination mandatory for people working in jobs involving close contact with the public v from hairdressers and taxi drivers to bank tellers and teachers.

With a parliamentary election due in September, Russia’s communist party held a protest against compulsory vaccination in central Moscow today. Several dozen people took part in the rally before being dispersed by police.

Russia reported 21,665 new Covid-19 cases today, more than a third of them in Moscow, taking the official national tally since the pandemic began to nearly 5.5 million.

The government’s coronavirus task force said 619 people had died of Covid-19-linked causes in the past 24 hours, the highest number since late December. — Reuters

These were the details of the news Russian regions run low on vaccines as Covid-19 cases jump for this day. We hope that we have succeeded by giving you the full details and information. To follow all our news, you can subscribe to the alerts system or to one of our different systems to provide you with all that is new.