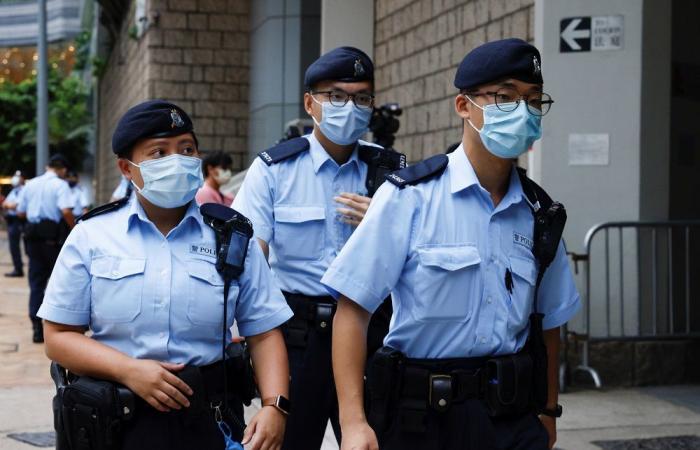 His call comes as authorities carry out a sweeping crackdown on dissent and just days after outspoken newspaper Apple Daily was forced to fold following the freezing of its accounts under a tough new national security law.

Surveys show the police have been the least popular disciplinary service in the city since Hong Kong was rocked by huge and sometimes violent pro-democracy protests in 2019, during which allegations of police brutality emerged.

Police chief Raymond Siu said much of the blame lay with the media.

“I understand that there are residents who are still hostile against us. In this regard, I told my colleagues that many of these torn relationships and hostility against the police are due to fake news,” Siu said at his first media briefing since taking office.

“There is no legal definition of fake news at the moment, but if there is any legislation that could help us bring these people to justice, as law enforcers, we absolutely welcome it,” he added.

Hong Kong's demonstrations subsided last year due to mass arrests, the coronavirus pandemic and Beijing's imposition of the security law, which critics argue has been used to curb dissent.

Five executives of the paper were arrested and two were charged with conspiracy to collude with foreign forces.

Apple Daily's lead editorial writer was also arrested on Wednesday and the paper was forced to fold, saying it feared for the safety of staff.

Siu however said police were targeting national security offenders and not the news media. ― AFP

These were the details of the news Hong Kong police chief calls for fake news law for this day. We hope that we have succeeded by giving you the full details and information. To follow all our news, you can subscribe to the alerts system or to one of our different systems to provide you with all that is new.