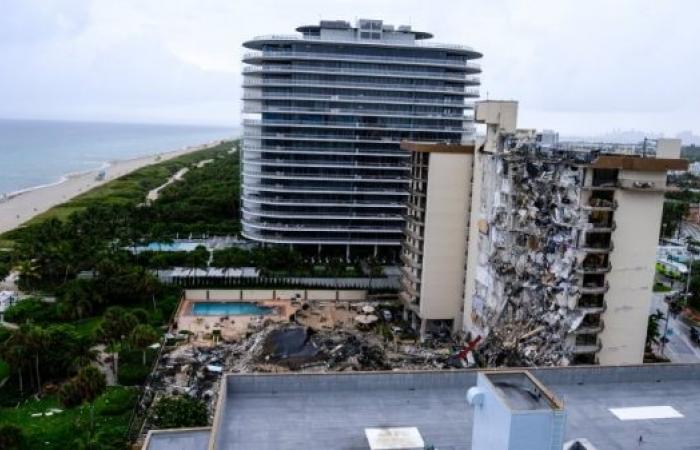 Hind Al Soulia - Riyadh - MIAMI, Florida — The painstaking search for dozens of missing people continued in the rubble of the partially collapsed residential building in South Florida as officials held out hope that others would be found under the mountain of debris.

At least one person was confirmed dead in the collapse in the beachfront community of Surfside, a few miles north of Miami Beach, according to Miami-Dade County Mayor Daniella Levine Cava, and another 102 people were accounted for.

The collapse left 99 people unaccounted for as of Thursday, officials said.

Nearly 55 of the 136 units at Champlain Towers South crumbled at around 1:30 a.m. on Thursday, leaving huge piles of rubble and materials dangling from what remained of the structure, officials said.

"We're not giving up," Surfside Mayor Charles Burkett said. "That is the one thing we're not doing. We're searching 24 hours a day, and we're pulling as many people out as we can. That's the whole goal right now. Nothing else matters."

The cause of the collapse remains unknown.

As rescuers move through the rubble, they are accompanied by structural engineers who determine which spaces are safe and where additional shoring and other materials are needed to ensure the building doesn't shift or come down onto rescuers, Richard explained.

"So as we move through the building, we constantly monitor, making sure that there's no movement, every piece of rubble that we move, we have to take, make efforts to stabilize the building, inch by inch," Richard said. — CNN

These were the details of the news Rescuers look for signs of life as dozens remain
unaccounted for after Florida building collapse for this day. We hope that we have succeeded by giving you the full details and information. To follow all our news, you can subscribe to the alerts system or to one of our different systems to provide you with all that is new.