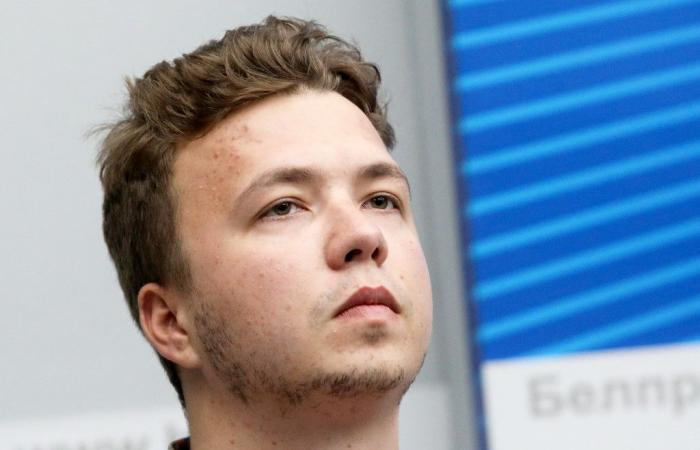 Hello and welcome to the details of Jailed Belarus activist moved to house arrest, says opposition and now with the details

MOSCOW, June 25 — Belarus’s opposition-in-exile said today that dissident journalist Roman Protasevich, who was dramatically detained after his plane was forced to land in Minsk, has been moved to house arrest.

Protasevich, 26, was arrested in May along with his Russian girlfriend Sofia Sapega, 23, when Belarusian authorities scrambled a fighter jet to intercept their Ryanair flight from Greece to Lithuania as it passed over Belarus.

They are accused of helping to coordinate historic anti-government protests last year, which erupted after strongman President Alexander Lukashenko claimed a sixth term in an August vote the opposition and Western leaders said was rigged.

Today, an advisor to exiled opposition leader Svetlana Tikhanovskaya said that he had spoken with Protasevich’s parents, who told him their son had been moved to house arrest.

“But it’s not freedom. It is a prison of different type. KGB people live in the same room with him,” tweeted Franak Viacorka, referring to Belarus’s national intelligence agency.

The comments confirmed an earlier report by the BBC’s Russian service, which cited Protasevich’s father Dmitry as saying that his son had been moved to house arrest.

Sapega’s lawyer Alexander Filanovich said on his Telegram channel that she had also been moved to house arrest.

He added that he expected her case to be “resolved positively in the near future”.

Tikhanovskya described the development as “good news” but added on her Telegram channel that the pair is “still being held hostage.”

Most of the moustachioed strongman’s opponents are now either in jail or have fled the country.

The European Union and the United States have imposed waves of sanctions on Lukashenko and his allies over the crackdown on the protests that saw thousands detained.

In response to Protasevich and Sapega’s arrests, Brussels banned Belarusian state carrier Belavia from operating flights to airports in the 27-nation bloc and discouraged EU-based airlines from flying over Belarus.

Earlier this week, the EU, US, Britain and Canada announced fresh sanctions on the ex-Soviet country over the arrests.

In a statement today, the Belarusian foreign ministry said the goal of the penalties was “to disintegrate and undermine a sovereign and independent state”.

After their arrests, both Protasevich and Sapega appeared in “confession” videos that their supporters said were recorded under duress and are a common tactic of the regime to pressure critics. — AFP

These were the details of the news Jailed Belarus activist moved to house arrest, says opposition for this day. We hope that we have succeeded by giving you the full details and information. To follow all our news, you can subscribe to the alerts system or to one of our different systems to provide you with all that is new.