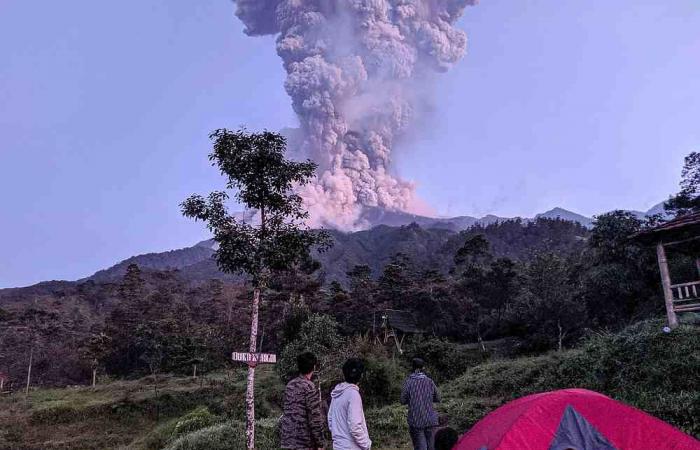 The hot clouds erupted three times at 4.43 am local time with an amplitude of 75 mm. The first clouds ran for 61 seconds, the second for 131 seconds and the third, 245 seconds, reported Xinhua.

“A column of smoke was observed as high as 1,000 m high above its peak,” Humaida said. At 7.33 am local time, Merapi, which straddles Special Region of Yogyakarta and Central Java province, belched more hot clouds as far as 1 km to the southeast for 104 seconds, with a column of smokes as high as 600 m above its summit.

Meanwhile, lava flows and ash clouds were estimated to have affected south-southwest areas, such as the Kuning, Boyong, Bedog, Krasak, Bebeng, and Putih rivers.

Merapi has also ejected volcanic materials to areas within a radius of 3 km from its peak. — Bernama

These were the details of the news Indonesia’s Merapi volcano spews ash clouds again for this day. We hope that we have succeeded by giving you the full details and information. To follow all our news, you can subscribe to the alerts system or to one of our different systems to provide you with all that is new.