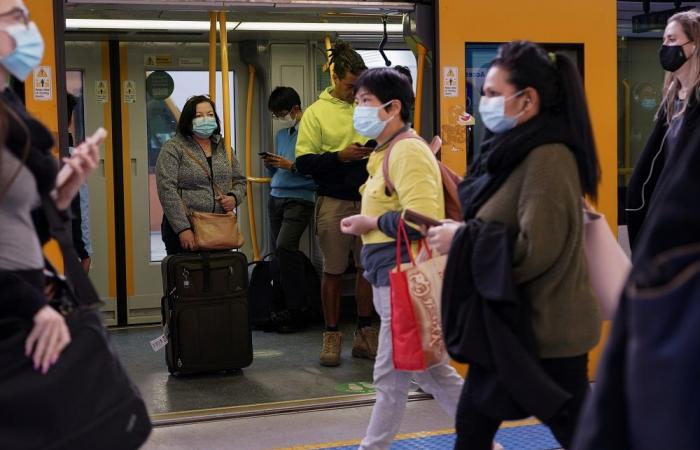 “I'm not going to specify the numbers at this point ... yeah, there will be, there will be more cases today,” NSW state Health Minister Brad Hazzard told national broadcaster, Australian Broadcasting Corp (ABC) from isolation. NSW is scheduled to report their daily cases at 11 a.m. local time (0100 GMT).

NSW state Agriculture Minister Adam Marshall said in a statement he had tested positive, raising worries of a virus spread in the state parliament.

Hazzard said he had been directed to self-isolate after he was deemed to be a possible close contact of a positive case and health officials were conducting more tests.

NSW is fighting to contain a fresh outbreak of the highly contagious Delta virus variant in Sydney, Australia's largest city, that has swelled to more than 30 cases in a week.

Authorities imposed mandatory masks in all indoor locations including offices, and tightened curbs on movement and gatherings for a week from yesterday.

Health officials have said the transmission of the Delta variant could be happening even through minimal contact with infected persons.

Sydney, home to a fifth of Australia's 25 million population, has been effectively isolated from the rest of the country after some states slammed their borders shut while others introduced tough border rules.

Snap lockdowns, tough social distancing rules and swift contact tracing have helped Australia to successfully suppress past outbreaks but NSW officials have so far resisted calls for a hard lockdown in the state.

Australia has reported just under 30,400 cases and 910 deaths since the pandemic began. ― Reuters

These were the details of the news Sydney told to brace for more Covid-19 cases as government minister tests positive for this day. We hope that we have succeeded by giving you the full details and information. To follow all our news, you can subscribe to the alerts system or to one of our different systems to provide you with all that is new.