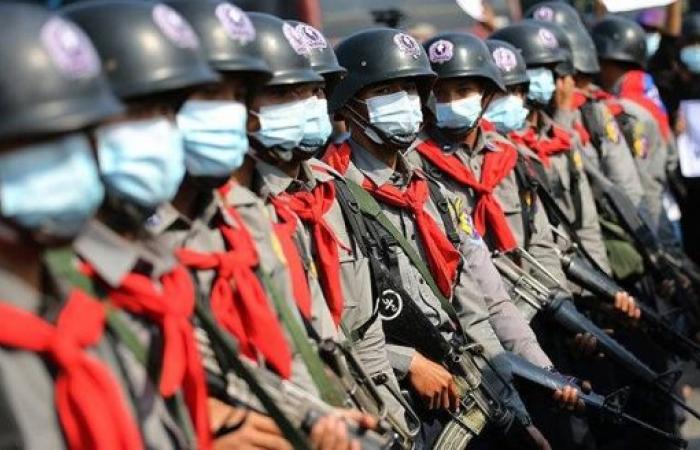 We show you our most important and recent visitors news details EU, UK unveil new round of sanctions targeting Myanmar military in the following article

BRUSSELS/LONDON — The European Union and the United Kingdom imposed a new round of sanctions targeting Myanmar’s military for staging a coup against an elected government on Feb. 1 this year.

In a statement, the EU said it has blacklisted 8 individuals, 3 economic entities and the War Veterans Organization, saying the recent measures are largely aligned with those of major international partners.

“The individuals targeted by sanctions include ministers and deputy ministers, as well as the attorney general, who are responsible for undermining democracy and the rule of law and for serious human rights violations in the country. The four entities are either state-owned or controlled by the Myanmar Armed Forces (Tatmadaw), contributing directly or indirectly to the military's revenues or activities,” the EU said in the statement.

“By targeting the gems and timber sectors, these measures are aimed at restricting the junta’s ability to profit from Myanmar’s natural resources, while being crafted so as to avoid undue harm to the people of Myanmar,” the statement added.

With the new round of sanctions unveiled on Monday, the EU’s restrictive measures now apply to a total of 43 individuals and 6 entities, including an asset freeze and a prohibition from making funds available to the listed individuals and entities.

In a similar move, the United Kingdom on Monday imposed sanctions against three Myanmar entities: state-owned pearl and timber firms, and the ‘State Administration Council’ which runs the functions of the state, the UK government said in a statement.

“These sanctions send a clear message to the junta the UK will not allow financial support that props up the military regime following the coup earlier this year,” the statement read.

Commenting on the new sanctions, UK Foreign Secretary Dominic Raab said: “Alongside our allies, we are placing sanctions on companies linked to Myanmar’s military junta, targeting the finances of this illegitimate regime.”

“The military has continued its subversion of democracy and brutal killing of civilians. We will continue to hold the Junta to account and sanction those responsible, until democracy is restored,” Raab added.

These were the details of the news EU, UK unveil new round of sanctions targeting Myanmar military for this day. We hope that we have succeeded by giving you the full details and information. To follow all our news, you can subscribe to the alerts system or to one of our different systems to provide you with all that is new.