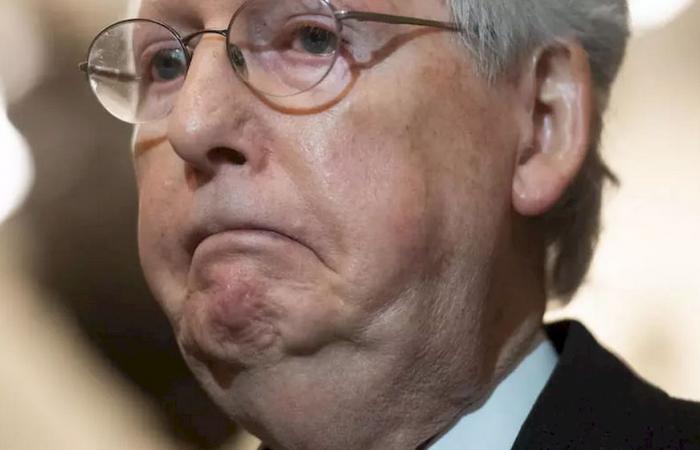 WASHINGTON, June 21 — When the US Senate this week votes on a sweeping election-reform bill, Republican Minority Leader Mitch McConnell will play a role he relishes: Roadblock to the Democratic agenda.

McConnell earned the nicknames “Grim Reaper” and “Dr. No” after establishing a long track record for blocking Democratic initiatives stretching back into President Barack Obama’s second term. Even now, in the minority, he continues to wield that power, thanks to Senate rules.

McConnell, who has led his party in the Senate without opposition since 2007, has vowed to use the filibuster this week for the third time in a month to prevent debate on a measure intended to enhance voter access to the polls ahead of the 2022 midterm elections.

“Mitch has been nothing but ‘no’ for a long time,” Democratic President Joe Biden told reporters last week, as he prepared to return from Europe.

“Not true,” replied McConnell, who says he wants Biden to stick to moderate policies.

McConnell has already marshaled his caucus this year to reject a Democratic measure addressing the pay gap between men and women, and to thwart a bipartisan effort to create a commission to investigate the deadly Jan. 6 attack on the US Capitol by supporters of former Republican President Donald Trump.

But the election reform legislation know as S-1, with its sweeping federal reforms of an election system largely overseen by state governments, represents the biggest item yet in the Republican standoff against Biden priorities they view as partisan.

“The Senate will finally get the opportunity to vote on the bill that House and Senate Democrats have both made their number one priority for the entire Congress,” said McConnell, a 79-year-old Kentucky Republican who has described himself as “100 per cent” focused on stopping the Biden administration. “The Senate will reject it.”

A compromise plan offered by moderate Democratic Senator Joe Manchin, which Democrats could advance as an alternative, is unlikely to fare any better.

This week’s vote, expected on Tuesday, represents an early, high-stakes skirmish in the looming 2022 election battle to determine which party controls the Senate in the final half of Biden’s four-year term.

The 100-seat Senate is split 50-50 between Republicans and Democrats, who control the chamber only because Vice President Kamala Harris wields a tie-breaking vote.

Like most legislation, S-1 would need 60 votes to pass under the Senate’s filibuster rule.

That gives McConnell effective veto power over any Biden legislation that falls outside budget reconciliation, including gun control, police reform, voting rights and discrimination on the basis of sex, sexual orientation or gender identity.

McConnell caused an uproar among Democrats last week by saying he would block a Biden Supreme Court nominee if a court vacancy opened in 2024 and possibly in 2023 as well.

His planned blockade of the election reform bill has put pressure on Senate Majority Leader Chuck Schumer to either repeal the filibuster or reform the rule to give Biden a better chance of securing top priorities.

“It’s definitely the watershed issue,” said Senator Mike Braun. “That is the issue that will be used to breach the filibuster, or not,” the Indiana Republican told Reuters.

But Republicans believe McConnell’s strategy faces few risks with Joe Manchin and fellow moderate Democratic Senator Kyrsten Sinema opposed to ending the filibuster - even if it is used to kill Manchin’s effort at bipartisanship on voting legislation.

“One thing Joe’s been really clear about is that the integrity of the filibuster is paramount, and I don’t get the sense that he’s looking for some reason to change his mind,” Republican Senator Kevin Cramer told Reuters.

While McConnell prides himself on a series of bipartisan measures that allocated over US$3 trillion (RM12.4 trillion) in Covid-19 pandemic relief last year, his ability to rally Senate Republicans in opposition could transform much of Biden agenda’s into a messaging vehicle for next year’s congressional elections.

That includes this week’s election reform measure, which Democrats say is necessary to overturn tough new controls on voting procedures in a half-dozen US states following Trump’s false claim that widespread voter fraud cost him the 2020 presidential election.

“We’re at a critical moment in American history in terms of voter suppression, and I believe those who are trying to defend it are going to have to go on the record to show that they had a chance to do the right thing,” Senator Dick Durbin, the chamber’s No. 2 Democrat, told Reuters.

“My hope is that the voters will decide to defy the vote suppressors,” the Illinois Democrat added.

Republicans hope that stymieing Democratic legislation will help them recapture majorities in the Senate and House of Representatives, and turn Biden into what Senate Republican Conference Chairman John Barrasso termed a “one-half-term president.” — Reuters

These were the details of the news Senate’s ‘nothing but no’ McConnell stands as roadblock to Biden agenda for this day. We hope that we have succeeded by giving you the full details and information. To follow all our news, you can subscribe to the alerts system or to one of our different systems to provide you with all that is new.