Sustainability solution or climate calamity? The dangers and promise of cryptocurrency technology 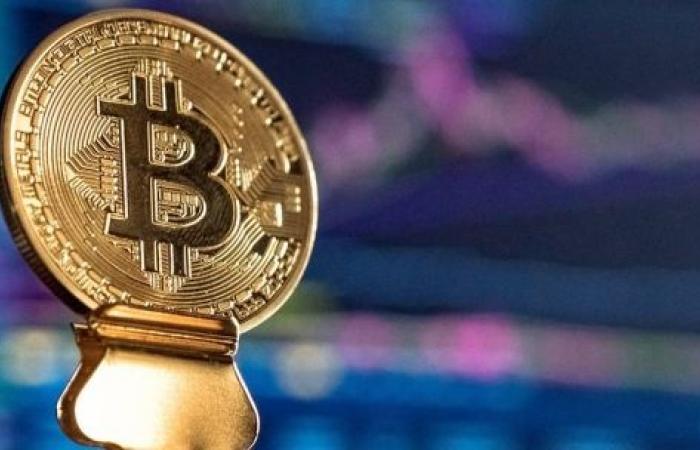 We show you our most important and recent visitors news details Sustainability solution or climate calamity? The dangers and promise of cryptocurrency technology in the following article

Hind Al Soulia - Riyadh - GENEVA — The negative environmental impact of cryptocurrencies such as Bitcoin has been widely covered in the press in recent weeks and months, and their volatility has also been flagged as a cause for concern.

Nevertheless, the UN believes that blockchain, the technology lying behind these online currencies, could be of great benefit to those fighting the climate crisis, and help bring about a more sustainable global economy.

A ‘pointless way of using energy’?

The amount of energy needed to power the Bitcoin network is staggering: Tim Berners-Lee, credited as the inventor of the World Wide Web, has gone so far as to describe “Bitcoin mining” as “one of the most fundamentally pointless ways of using energy.”

Bitcoins don’t exist as physical objects, but new coins are “mined”, or brought into circulation, through a process that involves using powerful computers to solve complex mathematical problems.

This process requires so much energy, that the Bitcoin network is estimated to consume more energy than several countries, including Kazakhstan and the Netherlands.

And, as fossil-fueled power plants still make up a major portion of the global energy mix, Bitcoin mining can be said to be partly responsible for the production of the greenhouse gases that cause climate change (although, so far, the impact on the climate is far less than that of heavy hitters such as the agriculture, construction, energy, and transport sectors).

Another problem is the amount of energy needed for each transaction, which is enormous in comparison to traditional credit cards: for example, each Mastercard transaction is estimated to use just 0.0006 kWh (kilowatt hours), whilst every Bitcoin transaction consumes 980 kWh, enough to power an average Canadian home for more than three weeks, according to some commentators.

An important driver of sustainable development?

Despite these issues, UN experts believe that cryptocurrencies and the technology that powers them (blockchain) can play an important role in sustainable development, and actually improving our stewardship of the environment.

One of the most useful aspects of cryptocurrencies, as far as the UN is concerned, is transparency.

Because the technology is resistant to tampering and fraud, it can provide a trusted and transparent record of transactions. This is particularly important in regions with weak institutions and high levels of corruption.

The World Food Program (WFP), the largest UN agency delivering humanitarian cash, has found that blockchain can help to ensure that cash gets to those who need it most.

A pilot program in Pakistan showed that it was possible for WFP to get cash directly to beneficiaries, securely and quickly, without the need to go through a local bank.

The project, Building Blocks, has also been successfully trialed at refugee camps in Jordan, ensuring that WFP could create a reliable online record of every single transaction.

If this can work for refugees, it can also work for other disadvantaged, vulnerable groups. The authors of a report by the UN environment agency, UNEP, suggest that the technology could improve the livelihoods of waste pickers, who eke out a living in the informal economy.

A transparent monitoring system, says the report, could accurately track where and how the recovered waste is used, as well as identifying who picked it, ensuring that the right people are rewarded for their efforts.

The potential of blockchain in protecting the environment has been tested in a number of other projects, by the UN and other organizations.

These range from a tool to eliminate illegal fishing in the tuna industry, developed for the World Wide Fund for Nature (WWF), to a platform (CarbonX) that turns reductions in greenhouse gas emissions into a cryptocurrency that can be bought and sold, providing manufacturers and consumers with a financial incentive to make more sustainable choices.

For UNEP’s DTU Partnership (a collaboration between UNEP, the Technical University of Denmark, and the Danish Ministry of Foreign Affairs), there are three main areas where blockchain can accelerate climate action: in transparency, climate finance, and clean energy markets.

Data on harmful greenhouse gas emissions in many countries, says the Partnership, is incomplete and unreliable. Blockchain solutions could provide a transparent, trustworthy way to show how nations are taking action to reduce their impact on the climate.

Climate financing — investments that contribute to slowing the rate of climate change — could be boosted, if carbon markets are scaled up, allowing businesses and industries to transition to low carbon technologies.

And blockchain could be an important part of accelerating the take up of renewable energy sources such as wind and solar. As these sources are, by their nature, intermittent and decentralized, new forms of energy markets are needed.

Tools using blockchain technology can help create these markets, and end our dependence on fossil fuels.

Despite all of these potential benefits, the huge energy consumption associated with the technology is one of the main hurdles that needs to be overcome, and many players in the industry are working on ways to address the issue.

For example, the Ethereum Foundation, the organization behind the Ethereum cryptocurrency, is working on a new way to verify transactions. By switching to a different method (called Proof of Stake, or PoS), the Foundation says that the energy cost of each transaction could be cut by 99.95 percent.

At the same time, many players in the industry want to ensure that any energy consumed by the industry is entirely carbon-free.

In April 2021, three important organizations (the Energy Web Foundation, Rocky Mountain Institute, and the Alliance for Innovative Regulations), formed the Crypto Climate Accord, which is supported by organizations spanning the climate, finance, NGO and energy sectors.

The aim of the Accord is to “decarbonize the industry in record time”, and achieve net-zero emissions in the global crypto industry by 2030.

The ups and downs of cryptocurrency

Cryptocurrencies are still in their infancy, and there are still many technical and political challenges to be overcome, as seen by the volatile nature of some of the best-known versions.

A single Tweet from tech billionaire Elon Musk, can cause the value of Bitcoin to surge or fall; El Salvador announced plans to make Bitcoin legal tender in June, a month after Beijing announced a crackdown on Bitcoin mining; whilst another cryptocurrency, Dogecoin, has also been extensively traded, with huge, widely reported jumps and dips in its value (again, partly thanks to pronouncements from Musk), despite the fact that it was created as a joke.

Nevertheless, many financial experts believe that these teething problems will eventually be ironed out, allowing cryptocurrencies, and other financial tools based on blockchain, to cross over into the mainstream: a number of central banks are planning their own digital currencies, and so-called “stablecoins”, which can be pegged to precious metals such as gold, or national currencies, could become, as the name suggests, stable and reliable investment opportunities.

If the most vulnerable are to benefit from the promise of blockchain technology, and if it is to truly make a positive impact on the climate crisis, more technical research is needed, as well as more international dialogue, involving experts, scientists and policymakers.

“The UN should continue experimenting in the blockchain space,”said Minang Acharya, one of the authors of a recent UNEP foresight brief on the applications of blockchain.

“The more we experiment, the more we learn about the technology. This is likely to improve our UN-wide knowledge on blockchain, our understanding of the environmental and social implications of mining operations, and improve our chances of coping with any problems the technology may bring in the future.” — UN News

These were the details of the news Sustainability solution or climate calamity? The dangers and promise of cryptocurrency technology for this day. We hope that we have succeeded by giving you the full details and information. To follow all our news, you can subscribe to the alerts system or to one of our different systems to provide you with all that is new.