America may be 'back' at G7, but allies' doubts about US democracy linger 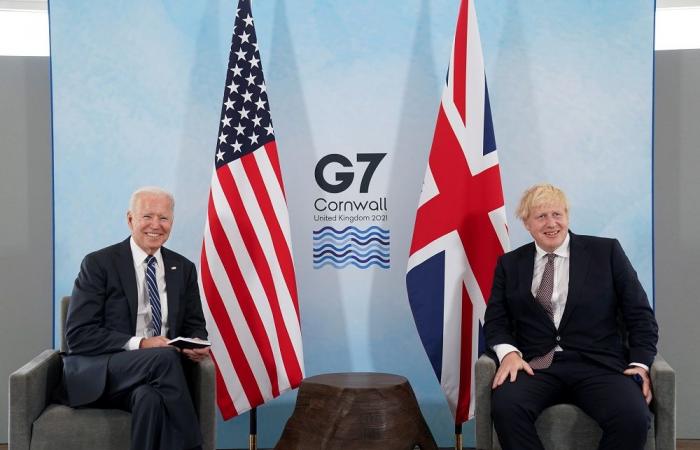 Hello and welcome to the details of America may be 'back' at G7, but allies' doubts about US democracy linger and now with the details

WASHINGTON, June 11 ― In 2017 the president of the United States shocked Washington's Western allies during his first European trip, scolding them for failing to pay their “fair share” on defence, physically shoving aside one prime minister, and white-knuckling another leader in a public handshake.

After four tumultuous years for the transatlantic relationship under Donald Trump, his Democratic successor Joe Biden's words of friendship and promise that “America is back” as he meets Western allies this week and next are a welcome relief.

But they're not enough, diplomats and foreign policy experts say.

Biden faces lingering doubts about America's reliability as a partner. Leaders from the Group of Seven advanced economies, Nato and the European Union are worried about the pendulum of U.S. politics swinging yet again, and are looking for concrete action, not words after the shock of the Trump years.

“Is this a an interregnum between Trump 1.0 and Trump 2.0? Nobody knows,” said David O'Sullivan, a former European Union ambassador to Washington. “I think most people are of the view that we should seize the opportunity with this administration to strengthen the relationship and hope that this can survive beyond the midterms and 2024.”

European leaders have been upbeat publicly, hailing the survival of multilateralism ― but their doubts go beyond the scarring of the Trump years. The Biden administration's foreign policy has been sending mixed signals, marked by some missteps and uncertainty over key policy areas such as China, thanks to lengthy reviews, former US officials and diplomatic sources said.

“America's partners are still reeling from what happened under Trump,” said Harry Broadman, a former senior US official and managing director at Berkeley Research Group. “But some of Biden's messaging has also been disjointed.”

Just a handful of concrete international policies have emerged almost five months since taking office, while Biden's decisions to push for 'Buy America' provisions, back a waiver of intellectual property rights at the World Trade Organisation with little consultation with other members, and set an aggressive schedule for withdrawal from Afghanistan have unnerved allies.

Biden said all US troops would be leaving Afghanistan by September 11, a key date marking the start of America's longest war two decades ago. US officials have said they will complete the withdrawal before then.

The timeline sent allies scrambling to keep up, several Western diplomats said, adding that they saw the move as designed for domestic consumption.

For many European governments, that sounds like a euphemism for Trump's isolationist “America First” motto. “America first will remain, no doubt,” one Western diplomatic source said.

A senior European diplomat said the most important factor was again having someone to work with in Washington: “After the past four years, that really matters.”

A major underlying concern for many foreign allies is a fundamental one, many experts say ― their faith in American democracy is shaken.

Trump for months peddled false claims that he won the November 3 election and on January 6 encouraged his supporters to march to the US Capitol while lawmakers were certifying Biden's victory.

The riot, which led to the evacuation of the building and five deaths, stunned world leaders.

Jamie Shea, a former senior Nato official now at the Friends of Europe think tank in Brussels, told Reuters he was concerned that the next US president could be another Trump-style leader.

“So I believe that we have four years,” he said, “we have a limited period of time with this pro-European administration, to cement a solid transatlantic economic and security partnership.”

Biden's Democratic Party operates on a razor-thin majority in the US Congress, making it difficult to pass legislation and reset international goals. The Republican party has coalesced around opposing his agenda.

In a landmark agreement, G7 finance ministers agreed US Treasury Secretary Janet Yellen's plan to pursue a global minimum tax rate of at least 15 per cent and to allow countries to tax around 100 large, high-profit companies. Top Senate Republicans immediately rejected the deal.

“It shows the difficulty of getting anything accomplished in such a divided Congress,” said one diplomatic source.

While people in 12 European and Asian nations still see the US as a 'somewhat reliable' partner, a Pew Research Center survey released Thursday found, few believe that American democracy in its current state is setting a good example of democratic values. ― Reuters

These were the details of the news America may be 'back' at G7, but allies' doubts about US democracy linger for this day. We hope that we have succeeded by giving you the full details and information. To follow all our news, you can subscribe to the alerts system or to one of our different systems to provide you with all that is new.