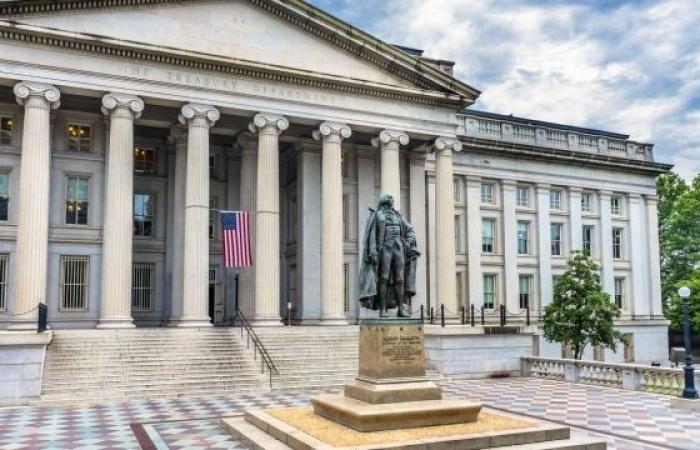 Hind Al Soulia - Riyadh - WASHINGTON — The United States on Thursday imposed sanctions on members of a smuggling network that helps fund Iran’s Islamic Revolutionary Guard Corps-Qods Force (IRGC-QF) and the Houthi militia in Yemen, according to a statement from the US Department of the Treasury.

Commenting on the Treasury Department's punitive measures, US Secretary of State Antony Blinke tweeted, saying: "The United States will maintain pressure on Houthis to accept a ceasefire and engage in real talks to resolve the Yemen conflict. Today, we designated a network of front companies and intermediaries that support the Houthis in coordination with IRGC-QF."

Led by Iran-based Houthi financier Sa’id al-Jamal, this network generates tens of millions of dollars in revenue from the sale of commodities, like Iranian petroleum, a significant portion of which is then directed through a complex network of intermediaries and exchange houses in multiple countries to the Houthis in Yemen.

Meanwhile, Director of the Office of Foreign Assets Control Andrea Gacki said. “This network’s financial support enables the Houthis’ deplorable attacks threatening civilian and critical infrastructure in Yemen and Saudi Arabia. These attacks undermine efforts to bring the conflict to an end and, most tragically, starve tens of millions of innocent civilians.”

“Ending the suffering of millions of Yemenis is of paramount concern to the United States, and we will continue to hold accountable those responsible for widespread misery and deny them access to the global financial system,” Gacki added.

Since the onset of the conflict in Yemen, the Houthis have relied on support from the IRGC-QF to wage their campaign against the internationally recognized Yemeni government and the Saudi-led Coalition. Despite growing calls for peace, the Houthis have continued to escalate their lethal attacks inside Yemen and in the region, with dire consequences for Yemeni civilians and Yemen’s neighbors, the US Treasury Department said in the statement.

According to the statement, Iran-based Sa’id Al-Jamal is the head of the smuggling network who directs a network of front companies and vessels that smuggle Iranian fuel, petroleum products, and other commodities to customers throughout the Middle East, Africa, and Asia.

A significant portion of the revenue generated from these sales is directed through a complex international network of intermediaries and exchange houses to the Houthis in Yemen. This revenue helps fund the destabilizing regional activities of the Houthis, IRGC-QF, and others, including Hezballah.

Turkey-based Houthi-affiliate Abdi Nasir Ali Mahamud, a key business partner of Sa’id Al-Jamal, acts as a financial intermediary and has coordinated the smuggling of petrochemicals for the network.

Since 2017, Jami’ ‘Ali Muhammad, a Somali businessman and Houthi and IRGC-QF associate, has assisted Sa’id Al-Jamal’s efforts to procure vessels, facilitate shipments of Iranian fuel, and transfer funds for the benefit of the Houthis.

These were the details of the news US sanctions Iran-linked smuggling network financing Houthi militia in Yemen for this day. We hope that we have succeeded by giving you the full details and information. To follow all our news, you can subscribe to the alerts system or to one of our different systems to provide you with all that is new.