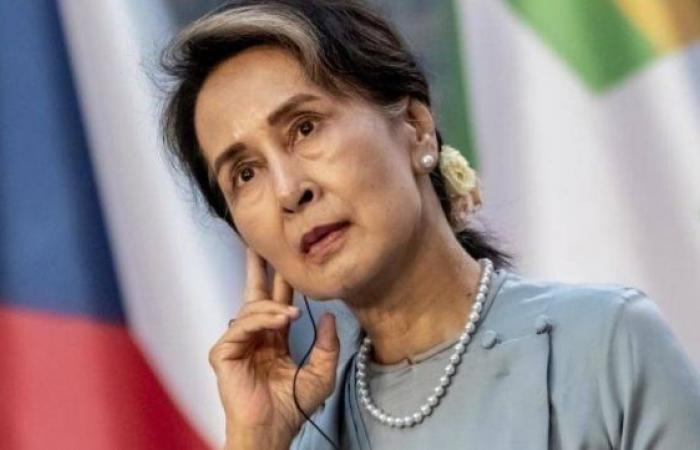 The new charge follows an investigation by the Anti-Corruption Commission into several accusations leveled at Suu Kyi. It found her "guilty of committing corruption using her rank," the state-run Global New Light of Myanmar said. She was charged under the Anti-Corruption Law section 55, and if found guilty could face a maximum prison sentence of 15 years.

Suu Kyi was overthrown from her position of state counselor and de facto leader of the country when the military seized power in a Feb. 1 coup. She has been held in detention since then and charged with a series of crimes her lawyers and supporters consider to be politically motivated.

The commission said Suu Kyi "misused her authority" in renting land and a building to open the Daw Khin Kyi Foundation headquarters, where she served as chairperson. It said an application for the land to establish a Horticulture Vocational School as part of the foundation in the capital, Naypyidaw, was not carried out "in line with the procedures but with her power and authority."

The commission also said Suu Kyi "illegally accepted" $600,000 in cash, as well as gold, while in office. The accusation comes from an earlier complaint in March from a former Yangon regional minister.

Three other former officials were also charged with corruption, the Global New Light said. The case files were opened against them at police stations on Wednesday, the paper added.

Suu Kyi has been charged with a series of crimes that include illegal possession of walkie-talkies and violating coronavirus restrictions during election campaigning last year. Her trial for these charges starts June 14 and is expected to wrap up by July 26, according to her legal team.

Separately, Suu Kyi is accused of violating the Official Secrets Act and if found guilty faces a maximum of 14 years in prison.

The four months since the coup has been marked with widespread bloodshed and violence as the junta cracked down on nationwide pro-democracy protests, a prolonged civil disobedience movement and, more recently, the emergence of "people's resistance" fighters who are taking up arms against junta forces.

More than 850 people have been killed by junta-led security forces and 5,941 have been arrested since the coup, according to advocacy group Assistance Association for Political Prisoners. Among them are protesters, activists, journalists, celebrities, government officials, as well as children and bystanders. — CNN


These were the details of the news Myanmar military junta charges Aung San Suu Kyi with corruption for this day. We hope that we have succeeded by giving you the full details and information. To follow all our news, you can subscribe to the alerts system or to one of our different systems to provide you with all that is new.