NATO needs to be strengthened to face challenges: Stoltenberg 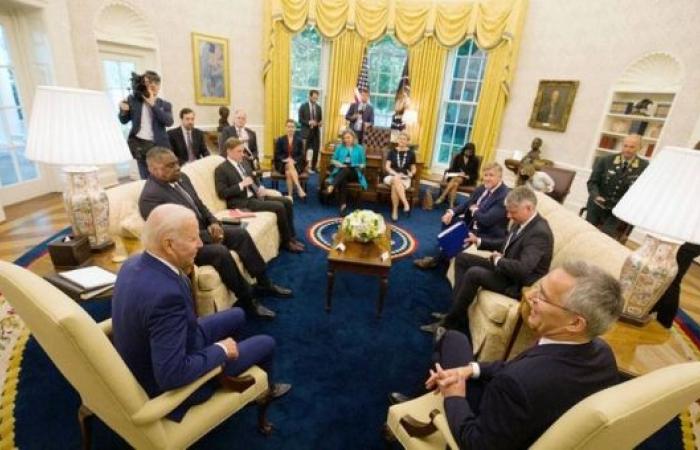 We show you our most important and recent visitors news details NATO needs to be strengthened to face challenges: Stoltenberg in the following article

Following his meeting with US President Joe Biden at the White House Monday evening, Stoltenberg said, "we need to stand together in NATO." He added, "A strong NATO is good for Europe, but it's also good for the United States.

"We had a very good discussion," he said, where both addressed a wide range of issues like Russia and China, global terrorism, cyber threats, and the security consequences of climate change.

"We spent most of the time on preparing the upcoming NATO summit (June 14) in Brussels next week," Stoltenberg said, as they both are looking at ambitious agenda on how to further strengthen their alliance.

The secretary general thanked President Biden for his leadership and the “powerful commitment” of the United States to NATO, saying that he welcomed the president’s “strong message on the importance of alliances.”

Stoltenberg said they agreed on the importance of strengthening NATO in a more competitive world, and that the ambitious decisions to be taken under the NATO 2030 initiative will prepare the Alliance for the future.

Stoltenberg stressed that this work will require continued investment in defense, and that Allies are on the right track, with seven consecutive years of rising investment across European Allies and Canada.

From 2014 to the end of 2021, they will have added a total of $260 billion to their defense budgets, he said, calling this an important reinforcement of shared security and a clear message of resolve.

“The global balance of power is shifting,” said Stoltenberg after the meeting. “We face many challenges which we cannot face alone, but we need to face them together in NATO.”

He recalled that the NATO 2030 agenda involves continued defense investment and the further strengthening of deterrence and defense, “but also to broaden our security agenda, to do more when it comes to resilience, technology, and also working with our partners.”

He further stressed that as NATO ends its military presence in Afghanistan, the Alliance will continue to provide support for the Afghan forces and people.

The Department of Defense strongly supports "NATO 2030" initiative and its goal of keeping the Alliance strong militarily, and making it stronger politically, and giving it a more global view, Austin said.

Austin will take part in the NATO summit, where US Secretary of State Antony Blinken will accompany US President Joe Biden during his European tour.

They will attend meeting together with Russian President Vladimir Putin in Geneva, according to a statement by US State Department spokesman Ned Price. — Agencies

These were the details of the news NATO needs to be strengthened to face challenges: Stoltenberg for this day. We hope that we have succeeded by giving you the full details and information. To follow all our news, you can subscribe to the alerts system or to one of our different systems to provide you with all that is new.