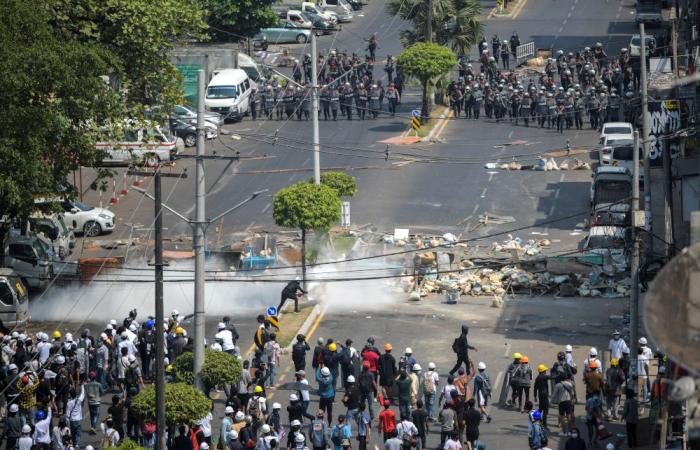 YANGON, June 2 — A Myanmar journalist who live-streamed his detention by junta forces was jailed for two years today, his employers said, as the military continues its crackdown on critical reporting.

Aung Kyaw, who worked for Democratic Voice of Burma (DVB), was sentenced in the southern city of Myeik, the outlet said, under a colonial-era law that criminalises encouraging dissent against the military.

The junta revised the law soon after its February 1 coup to include spreading “fake news” as a crime.

Security forces conducted a nighttime raid on Aung Kyaw’s house in March, days after he covered a brutal crackdown on anti-junta protests in Myeik.

He live-streamed his own arrest on DVB’s official Facebook page, with the chaotic footage showing loud bangs outside his apartment building.

“Please don’t terrorise,” he pleaded in the video. “If you are shooting like this, how will I come down?”

Myanmar has been in turmoil since the military ousted civilian leader Aung San Suu Kyi on February 1, triggering a mass uprising as large swathes of the population took to the streets.

The junta responded with force—shooting protesters, arresting suspected dissidents in night raids, and targeting journalists and news outlets by shutting them down.

According to the Reporting ASEAN monitoring group, 87 journalists have been arrested since the coup, with 51 still in detention.

Several foreign journalists have been detained and US citizen Danny Fenster was held while attempting to leave the country on May 24.

The Frontier Myanmar news outlet he worked for said Monday it had yet to receive any information on his whereabouts or wellbeing, a week after he was arrested.

A well-known news organisation within Myanmar, DVB started as an exile media outlet during the previous junta prior to 2011, broadcasting uncensored reports on TV and radio.

The junta revoked its broadcast licence in March, sending its journalists into hiding.

Despite this setback, it has continued to report, posting regular Facebook updates—as well as broadcasting on satellite TV—about the daily protests and crackdowns. — AFP

These were the details of the news Myanmar junta jails journalist using colonial-era law for this day. We hope that we have succeeded by giving you the full details and information. To follow all our news, you can subscribe to the alerts system or to one of our different systems to provide you with all that is new.