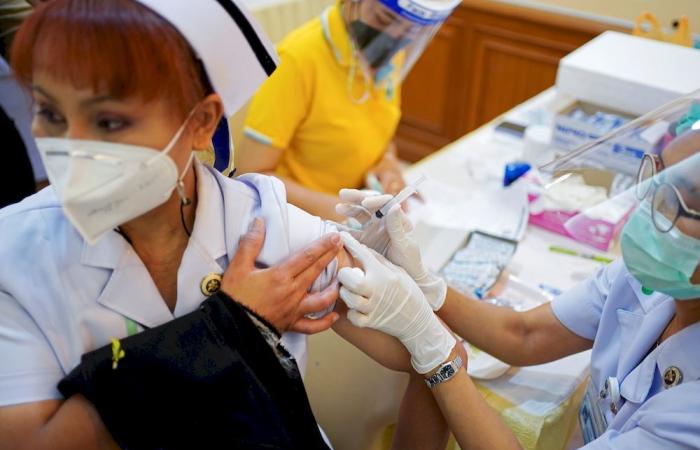 Hello and welcome to the details of AstraZeneca commits to 1.8 mln Thai vaccine doses amid supply anxiety and now with the details

BANGKOK, June 2 — Drugmaker AstraZeneca said on Wednesday it would soon provide Thailand with 1.8 million doses of locally manufactured Covid-19 vaccine, the first of multiple batches this month, just days out from the launch of its mass vaccination drive.

The announcement in a joint statement by AstraZeneca and Siam Bioscience, a firm owned by Thailand’s king, comes amid public anxiety about vaccine supplies, as the country suffers its most severe outbreak so far.

The statement did not say whether the Thai plant would make all 6 million doses that Thailand’s government has promised would be available this month.

The government’s immunisation drive starts on Monday and relies almost entirely on its reserved 61 million doses of AstraZeneca vaccine, the majority of which it said would come from Siam Bioscience, which is making vaccines for the first time.

Questions about Siam Bioscience meeting production targets are sensitive because King Maha Vajiralongkorn is its sole owner. Insulting Thailand’s monarchy is a crime punishable by up to 15 years in prison.

AstraZeneca has partnered with the Thai firm for the manufacture of 200 million doses for use in Southeast Asia, a region with low Covid-19 immunisation rates that is seeing a strong resurgence of the virus.

Thai health minister Anutin Charnvirakul said on Wednesday the promised 6 million doses would come this month “as planned”, but did not specify delivery dates or how many would be sourced locally.

“We will get AstraZeneca vaccine. It may come from wherever, but all AstraZeneca just the same. It could be made in Thailand or imported from overseas. It depends on AstraZeneca’s supply chain,” Anutin told reporters.

Siam Bioscience has not answered queries from Reuters on its production targets.

AstraZeneca said 1.8 million locally produced doses would be delivered by Monday, the first of multiple deliveries this month.

It said deliveries of Thai-made doses to other Southeast Asian countries would start in July.

The first delivery to the Philippines, which was promised 17 million doses, was cut from 1.3 to 1.17 million doses and delayed from late June to mid-July, a Philippine presidential advisor told Reuters on Tuesday, citing Thai production delays. — Reuters

These were the details of the news AstraZeneca commits to 1.8 mln Thai vaccine doses amid supply anxiety for this day. We hope that we have succeeded by giving you the full details and information. To follow all our news, you can subscribe to the alerts system or to one of our different systems to provide you with all that is new.