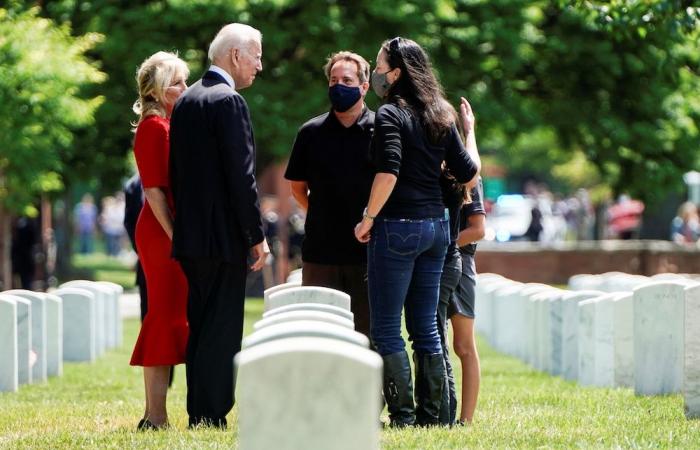 WASHINGTON, June 1 — Joe Biden today will become the first sitting US president to visit the site of the massacre of hundreds of Black Americans by a white mob in Tulsa, Oklahoma, as he marks one of the worst chapters in the country’s history of racial violence.

Biden, a Democrat, will meet with the handful of surviving members of the Greenwood community on the 100th anniversary of the killings, and announce steps to combat inequality, White House officials said.

They will include plans to expand federal contracting with small, disadvantaged businesses, invest tens of billions of dollars in communities like Greenwood that suffer from persistent poverty and pursue new efforts to combat housing discrimination.

The president will speak about the US legacy of racism and acknowledge the challenges going forward, an administration official said, noting he cannot fulfill his promise to restore the “soul” of the nation without recognizing the complexity of its history.

In a proclamation on Monday, Biden asked all Americans to “reflect on the deep roots of racial terror in our Nation and recommit to the work of rooting out systemic racism across our country.”

His visit comes during a racial reckoning in the United States as the country’s white majority shrinks, threats increase from white supremacist groups and the country re-examines its treatment of African Americans after last year’s killing of George Floyd, an unarmed Black man, by a white Minneapolis police officer, which sparked nationwide protests.

Biden, who won the presidency on the strength of Black voter support, made fighting racial inequality a key platform of his 2020 campaign and has done the same during his short tenure in the White House. He met last week with members of Floyd’s family on the anniversary of his death and is pushing for passage of a police reform bill that bears Floyd’s name.

Biden’s trip to Tulsa will also offer a sharp contrast to a year ago, when then-President Donald Trump, a Republican who criticized Black Lives Matter and other racial justice movements, planned a political rally in Tulsa on June 19, the “Juneteenth” anniversary that celebrates the end of US slavery in 1865. The rally was postponed after criticism.

“Now here we are a little less than a year later with a new president going down to Tulsa to ... denounce the massacre of innocent African-American brothers and sisters, denouncing racism in his trip, encouraging Americans to come together,” said Moe Vela, a former adviser to Biden.

Public awareness about the killings in Tulsa on May 31 and June 1, 1921, which were not taught in history classes or reported by local newspapers for decades, has grown in recent years.

White residents shot and killed an estimated 300 Black people and burned and looted homes and businesses, devastating a prosperous African-American community after a white woman accused a Black man of assault, an allegation that was never proven.

Insurance companies did not cover the damages and no one was charged for the attacks.

Biden’s public stance on race and equality has evolved over the decades.

He won the Democratic presidential nomination last year largely because of Black voters, whose support helped him clinch the South Carolina primary, which turned around his campaign.

Biden earned their goodwill as vice president under Barack Obama, the first Black US president, and chose Kamala Harris, the child of a Black father from Jamaica and an Indian mother, to be his running mate.

But he came under fire during the 2020 campaign for his opposition to school busing programs in the 1970s that helped integrate American schools. Biden sponsored a 1994 crime bill that civil rights and justice experts say contributed to a rise in mass incarceration, and defended his work with two Southern segregationist senators during his days in the US Senate.

“We all evolve, we grow, we learn. And I credit him for that,” Vela said.

Biden “does not seem to be the Joe Biden of the crime bill, but he has never repudiated the crime bill,” said William Darity Jr., a professor at Duke University, who co-wrote “From Here to Equality: Reparations for Black Americans in the Twentieth Century.”

The Tulsa visit would be a meaningful time to announce a presidential commission to “explore the history of America’s racial atrocities, and bring forth proposals for racial justice,” Darity said.

The racial justice issue also figures in the growing battle over voting rights. Multiple Republican-led states, arguing a need to bolster election security, have passed or proposed voting restrictions, which Biden and other Democrats say are aimed at making it harder for Black and other minority voters to cast ballots. — Reuters

These were the details of the news Biden to visit Tulsa massacre site as US confronts racial legacy for this day. We hope that we have succeeded by giving you the full details and information. To follow all our news, you can subscribe to the alerts system or to one of our different systems to provide you with all that is new.