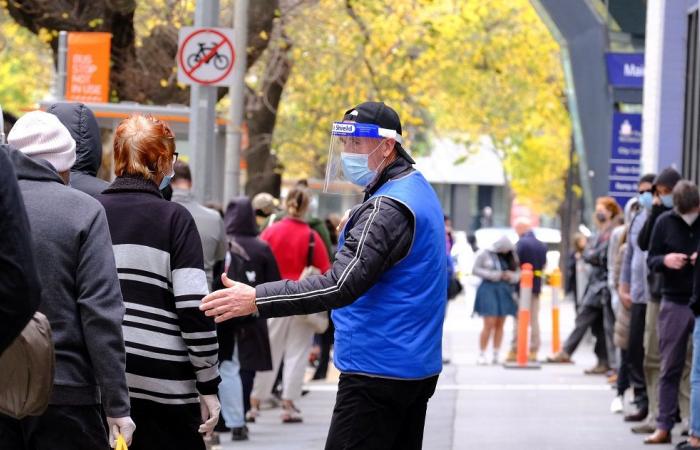 SYDNEY, June 1 ― Australia's Victoria state authorities said today that it was still unclear whether a snap one-week lockdown to contain a fresh Covid-19 outbreak would end as planned on Thursday night, as the state grapples with a growing virus outbreak.

Australia's second-most populous state was plunged into the lockdown on May 27 after the state reported its first locally transmitted cases in nearly three months early last week, forcing its near seven million residents to remain home except for essential business.

“I don't know if there is going to be an extension or not,” Victoria state Health Minister Martin Foley told reporters in Melbourne. He said “significant concerns” remained about community transmission as several venues were added to the hotspot list.

“We are not yet in a position to make that call ... and as soon as we are, we will be sharing that with all Victorians,” said Foley.

About 75 per cent of the 4,800 primary contacts traced in the outbreak have now returned a negative test, with results awaited for the rest. Officials said they could trace all three clusters to the overseas traveller who tested positive days after finishing quarantine.

Snap lockdowns, regional border controls and tough restrictions on movement have largely helped Australia escape the higher Covid-19 numbers in many other developed countries. So far the country has reported more than 30,100 cases and 910 deaths.

Data from ANZ bank showed total spending in Victoria slumped 49 per cent in the first three days of lockdown compared with the prior week, as the lockdown shut most of the state's economy.

Victoria, the mostly badly hit Australian state from Covid-19, was placed under a hard lockdown for more than 100 days late last year in a bid to contain a second wave that resulted in more than 800 deaths.

The state accounts for about 70 per cent of total infections in Australia since the pandemic began. ― Reuters

These were the details of the news Australia's Victoria state urges patience on Covid-19 lockdown end date for this day. We hope that we have succeeded by giving you the full details and information. To follow all our news, you can subscribe to the alerts system or to one of our different systems to provide you with all that is new.