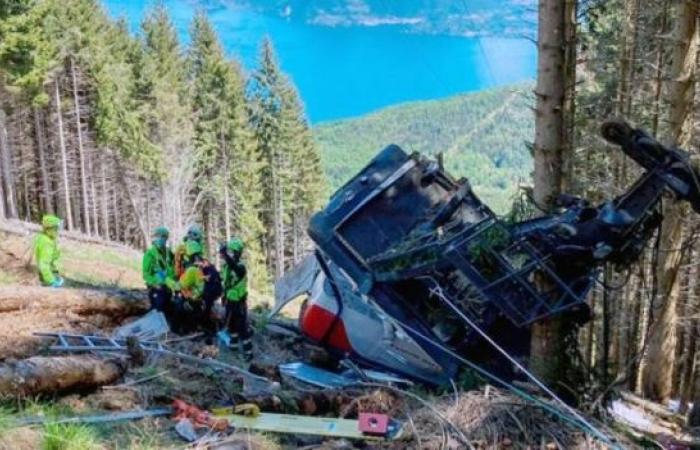 Hind Al Soulia - Riyadh - MILAN — Three suspects in a cable car crash in Italy that killed 14 people were permitted to leave prison on Sunday after a judge indicated that most of the blame fell on just one of them, a service technician.

The disaster on May 23 saw a cabin traveling from the resort town of Stresa come loose and plunge to the ground over the Mottarone mountain in the Piedmont region.

The sole survivor was a five-year-old boy, Eitan Biran, whose parents, younger brother and great-grandparents were all killed in the crash.

The owner of the Mottarone cable car company, Luigi Nerini, and maintenance chief Enrico Perocchio were detained on Wednesday over the incident together with a technician, Gabriele Tadini.

The investigating judge of Verbania, Donatella Banci Buonamici, has now ruled there was a "total lack of evidence" of culpability on the part of the first two men, who were released from Verbania prison under investigation on Sunday.

She added that the bulk of the blame for the accident lay with Tadini, who had intentionally disabled the car's emergency brake because it kept locking spontaneously. The brakes could have stopped the car flying backwards after the cable snapped.

In court, Tadini had told those present: "It's all my fault." He was allowed to leave under house arrest and is awaiting indictment.

The Piedmont region observed a minute of silence at noon on Sunday, with flags flying at half-mast to mark the moment one week ago when the disaster struck near Lake Maggiore.

Five-year-old Eitan Biran woke up in hospital on Thursday and remains in intensive care. — Euronews

These were the details of the news Judge finds technician responsible for cable car crash in Italy for this day. We hope that we have succeeded by giving you the full details and information. To follow all our news, you can subscribe to the alerts system or to one of our different systems to provide you with all that is new.