Two killed, 20 injured as assailants in SUV fire assault rifles at a club 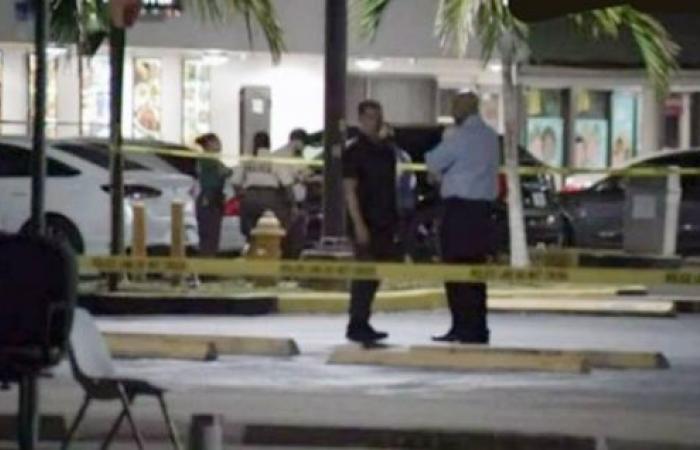 We show you our most important and recent visitors news details Two killed, 20 injured as assailants in SUV fire assault rifles at a club in the following article

The billiards club had been rented out for a concert, Ramirez said, according to a CNN report. “Shortly after midnight, a white Nissan Pathfinder pulled up to the club near Hialeah.

“That's when three people "stepped out of the vehicle with assault rifles and handguns and started firing indiscriminately into the crowd," Ramirez said.

"The result is 20 to 25 victims with gunshot injury wounds, and two deceased on the scene."

The wounded were taken to various hospitals in the area. At least one of those hospitalized is in critical condition, police said. Angelica Green said both her son and her nephew were shot.

Her son was shot once in the abdomen area and is in stable condition after surgery, Green said Sunday.

"However, my nephew was shot four times," she said, including once in the abdomen area and three times in the leg.

Green said her son is an only child who graduated from college last year.

"He is educated. He was going out with his educated cousin to just celebrate the weekend, and they had not made it into the club as of yet," she said.

"They said some guys, three guys that they noticed ... they just started shooting ... for whatever reason, we don't know."

The Miami-Dade Police Department is asking anyone with information about the shooters or their whereabouts to contact authorities.

"These are cold blooded murderers that shot indiscriminately into a crowd and we will seek justice," Ramirez tweeted. "My deepest condolences to the family of the victims."

TV personality and Camping World CEO Marcus Lemonis is offering a $100,000 reward for information leading to the arrest and conviction of those responsible for the mass shooting, the businessman tweeted Sunday.

The police director thanked Lemonis for his offer and reminded the public that tipsters can stay anonymous by contacting Crime Stoppers.

"We need our county to step up with information," Ramirez said. "This type of gun violence has to stop. Every weekend, it's the same thing. This is targeted. This is definitely not random," said Ramirez.

On Friday, another shooting in the Miami area left at least one person dead and six others wounded. That mass shooting took place in Miami's Wynwood district late Friday night.

Police said they're looking for a silver Nissan Maxima that may have been involved in that shooting. — CNN

These were the details of the news Two killed, 20 injured as assailants in SUV fire assault rifles at a club for this day. We hope that we have succeeded by giving you the full details and information. To follow all our news, you can subscribe to the alerts system or to one of our different systems to provide you with all that is new.