Taiwan signs local deals for up to 20m Covid shots 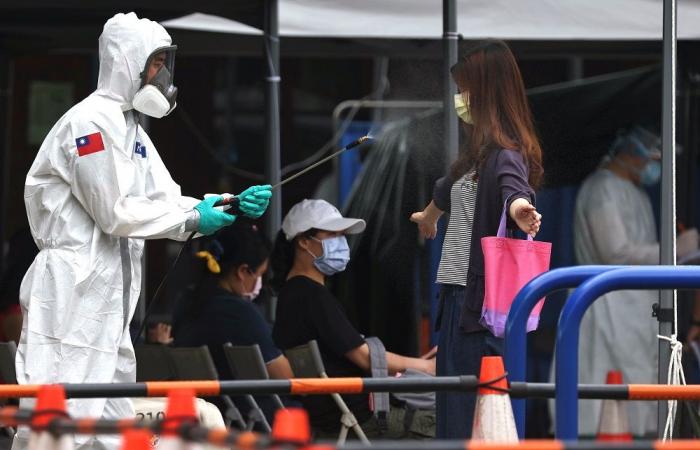 TAIPEI, May 30 — Taiwan’s government has signed deals with two local companies to provide up to 20 million doses of their Covid-19 vaccines, the official Central News Agency said today, in a boost to the island’s pandemic fight.

The news comes days after the Chinese-claimed island blamed Beijing week for blocking a deal earlier this year for BioNTech SE vaccines, which China denies.

After recording just a handful of daily infections for months, Taiwan is dealing with relatively large numbers of community transmissions, though infection rates are starting to fall.

It has only vaccinated around 1% of its more than 23 million people but has almost 30 million shots on order, from AstraZeneca Plc, Moderna Inc and two domestic firms.

The Central News Agency said the government had on Friday signed deals with Medigen Vaccine Biologics Corp and United Biomedical Inc for five million doses each, and had oral agreements for another five million each, for a total of 20 million shots.

Medigen confirmed the details in a statement to the stock exchange while the government’s central epidemic command centre said it would issue a statement later. United Biomedical did not immediately respond to a request for comment.

However, neither shot has yet been formally approved for use and both are still undergoing tests, which Taiwan’s government says are going well.

Earlier today, Health Minister Chen Shih-chung said Taiwan has not given up hope of eventually getting Covid-19 vaccines from Germany’s BioNTech.

Shanghai Fosun Pharmaceutical Group Co has a contract with BioNTech to sell the vaccines in Greater China, including to Taiwan, but Taiwan’s government says it will only deal with Germany’s BioNTech directly and does not trust vaccines from China.

Outside of Greater China, BioNTech has partnered with Pfizer Inc..

Taiwan is under its second-highest level of curbs to stop the spread of infections, including limiting personal gatherings and closing entertainment venues.

Chen said the task was to ensure those measures were being properly enforced, adding, “At present there are no plans or intentions for a lockdown.”

Taiwan reported 355 domestic Covid-19 cases today, down from 486 yesterday. Total daily cases peaked on May 17 and have been falling since Friday.— Reuters

These were the details of the news Taiwan signs local deals for up to 20m Covid shots for this day. We hope that we have succeeded by giving you the full details and information. To follow all our news, you can subscribe to the alerts system or to one of our different systems to provide you with all that is new.