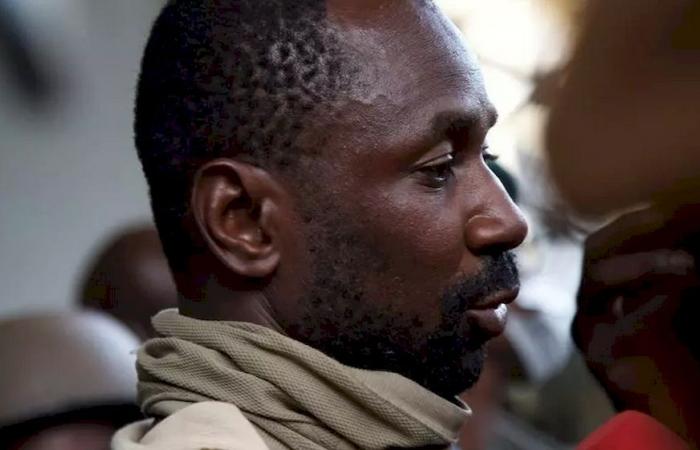 BAMAKO (Mali) May 30 — West African leaders will meet in Ghana today to discuss a response to Mali’s second coup in nine months, with the new president Colonel Assimi Goita attending.

The Economic Community of West African States (ECOWAS) invited Goita to come to Ghana’s capital Accra for “consultations” ahead of an extraordinary summit today devoted to Mali, according to a letter from the 15-nation bloc seen by AFP.

He flew to Accra yesterday, military and airport sources said.

In a statement on Facebook, the office of the Mali presidency said Goita would “take part alongside his counterparts in the sub-region”.

He had served as vice president since leading a coup last August that ousted the democratically elected president, with the roles of president and prime minister held by civilians after pressure from ECOWAS, which has served as a mediator.

However on Monday, soldiers detained transitional president Bah Ndaw and prime minister Moctar Ouane, releasing them on Thursday while saying that they had resigned.

The twin arrests triggered a diplomatic uproar and marked the second apparent coup within a year in the Sahel country.

With the junta going back on its previous commitment to civilian political leaders, doubts have been raised about its other pledges, including holding elections in early 2020.

The junta said this week it would continue to respect that timetable, but added that it could be subject to change.

The constitutional court said Goita would “exercise the functions of transitional president to lead the transition process to its conclusion”.

ECOWAS, which issued sanctions against Mali after the August coup before lifting them when the transitional government was put in place, will meet from 2:00 pm (1400 GMT) in Accra today.

The 15-nation bloc has warned of reimposing sanctions on the country, as has the United States and former colonial power France.

French leader Emmanuel Macron, during a visit to Rwanda and South Africa, said yesterday that he told West African leaders they could not back a country “where there is no longer democratic legitimacy or transition”.

Ndaw and Ouane’s detention came hours after a government reshuffle that would have replaced the defence and security ministers, both of whom were army officers involved in the August putsch.

On Friday, Goita said the army had had little choice but to intervene.

“We had to choose between disorder and cohesion within the defence and security forces and we chose cohesion,” he said.

Goita added that he wants to name a prime minister from the opposition M5 movement within days.

M5 spearheaded protests against former president Ibrahim Boubacar Keita in 2020 that built up pressure ahead of his ouster, but it was excluded from key posts in the army-dominated post-coup administration.

A rapprochement with the group might serve to soften domestic and foreign criticism of the military.

Mali is regularly ranked among the world’s poorest countries. The previous ECOWAS sanctions were felt hard by the country, which is reeling from numerous crises including a grinding jihadist insurgency. — AFP

These were the details of the news Mali’s new president heads to ECOWAS over double coup for this day. We hope that we have succeeded by giving you the full details and information. To follow all our news, you can subscribe to the alerts system or to one of our different systems to provide you with all that is new.