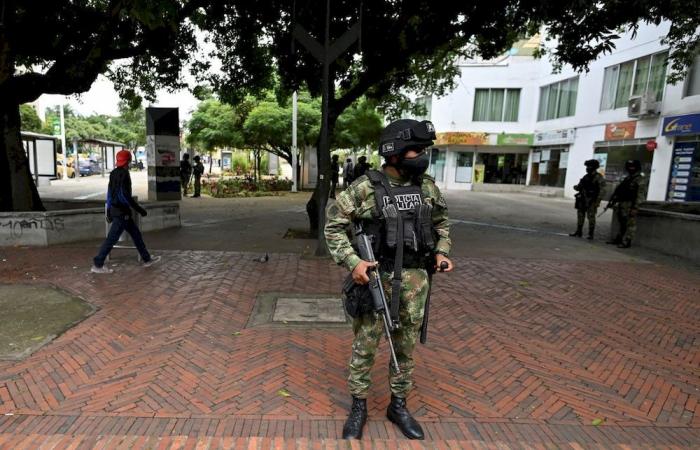 BOGOTA, May 30 — The Colombian army yesterday tightened its control over Cali, the country’s third largest city, after the latest anti-government protests left at least 13 people dead.

The city’s streets were largely deserted after clashes late Friday pitted police against armed civilians. The country is in the second month of protests against the government of President Ivan Duque.

In Cali, a city of 2.2 million, the smoking remains of barricades and rubble heaps testified to the chaotic night. There, as across the country, poverty and the pandemic have sparked widespread anger and resentment.

The month of protests has left at least 59 people dead, officials say, including the 13 who died in Cali. More than 2,300 civilians and uniformed personnel have been injured, according to the Defense Ministry.

The dead in Cali included an off-duty employee of the prosecutor’s office who had fired his gun at two protesters blocking a street, killing one of them. Video on social media shows a crowd then pouncing on the shooter and lynching him.

Duque, who has been in Cali since Friday, said he was deploying military troops to support the police there and elsewhere as rallies have morphed into a broad anti-establishment mobilisation.

The president ordered 7,000 troops to help clear and patrol blockaded roads in 10 departments, while a total of 1,141 soldiers were deployed in Cali.

At one point yesterday Duque was booed by a crowd as he appeared in public in Cali before travelling to the town of Popayan.

“He is a disgrace,” one youth shouted while crying in a video circulating on social media.

One witness, who asked not to be named for fear of reprisal, told AFP that a group of protesters in Cali were celebrating the one-month anniversary of the anti-government rallies when “shots rang out.”

“They started massacring people,” the 22-year-old said. He said the shots came from “five guys in civilian clothes behind the trees.”

Police said in a statement they were investigating.

“In the south of the city we had a real scene of confrontation and almost an urban war where many people not only lost their lives, but we also had a significant number of injuries,” said Cali’s security secretary Carlos Rojas.

Duque, who on Friday chaired a security meeting in the city, afterward announced “the maximum deployment of military assistance to the national police” would begin immediately.

Jose Miguel Vivanco, the Human Rights Watch executive director for the Americas, urged Duque to take “urgent measures to de-escalate, including a specific order prohibiting agents of the state from using firearms.”

The police in Colombia are under the command of the military.

“We feel threatened, we feel more in danger,” said Lina Gallegas, a 31-year-old social leader. “If something happens we cannot call the police because they are the ones who are killing.”

Luis Felipe Vega, a political scientist at Javeriana University, likened the deployment to “putting out a fire with gasoline.”

Government mediation attempts have been largely futile, unable to contain the fury of increasingly politicised youth battered by the pandemic and angered about the country’s deep inequalities. An estimated one-third of those aged 14 to 28 are jobless and not in school.

Duque’s attempts at negotiation have been further frustrated by forces in his rightist Democratic Center party, who prefer an iron-fist approach with elections a year away.

Economists say more than 42 per cent of the country’s 50 million people live in poverty, and the pandemic has plunged many of the vulnerable into penury.

Analysts link the government’s militarised history to its response to the protests.

For more than 50 years, Colombia’s war against leftist FARC guerrillas eclipsed all other government priorities, leaving a militarily strong government but one weak on social redress.

In 2019, the year after Duque took power, students took to the streets demanding free and more accessible public education and better jobs.

On April 28, fury at a proposed tax increase led people onto the streets again.

The proposal was quickly withdrawn, but it had triggered a broad mobilisation that only grew amid a heavy-handed response by security forces.

These were the details of the news Colombian army tightens grip on Cali after protests leave 13 dead for this day. We hope that we have succeeded by giving you the full details and information. To follow all our news, you can subscribe to the alerts system or to one of our different systems to provide you with all that is new. 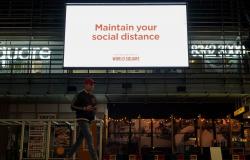 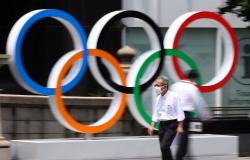