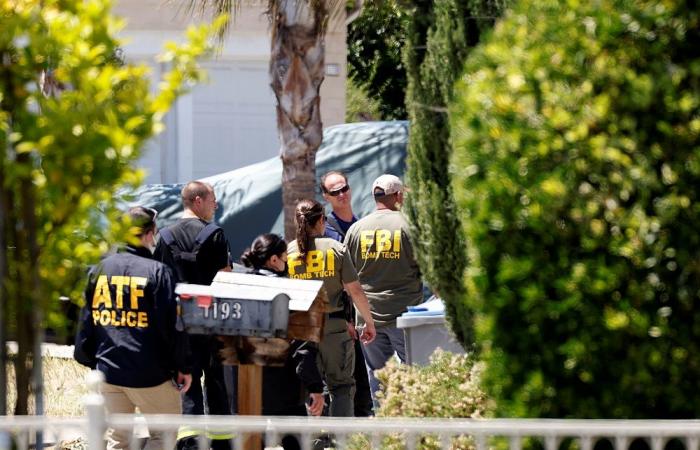 Hello and welcome to the details of California rail yard gunman faced discipline over racist remarks, say reports and now with the details

SAN JOSE, May 29 ― The transit employee who fatally shot nine colleagues at a rail yard in San Jose, California, was due that day to attend a workplace pre-disciplinary hearing on complaints he made racist remarks to his peers, local media reported yesterday.

Cassidy shot himself minutes later as police arriving on the scene closed in, according to the police account.

San Francisco Bay area NBC affiliate KNTV, citing unnamed law enforcement sources, reported that the “Skelly hearing” he faced that day stemmed from a VTA investigation of complaints that he was making inappropriate racial remarks to colleagues while on the job as a station maintenance worker.

KNTV said Cassidy reportedly had boasted to co-workers about having guns and explosives, though the TV station said it remained unclear whether those allegations were on the agenda of the hearing or had been made known to authorities.

A Skelly hearing is a due process conference workers facing disciplinary action are entitled to under California labor law before being terminated, demoted, suspended or facing a pay cut. The hearing ensures an employee is informed of allegations and has an opportunity to rebut or mitigate them.

Neither the VTA and nor the Santa Clara County Sheriff's Office immediately responded to requests for comment on the KNTV report.

On Thursday, Sheriff Laurie Smith said Cassidy had been “a highly disgruntled VTA employee for many years,” which may have motivated his attack, the latest of at least nine U.S. mass shootings over the past three months that each claimed four or more lives.

His ex-wife, Cecilia Nelms, told local media he had ranted about co-workers and bosses and would sometimes lash out at her.

The Wall Street Journal, citing a Department of Homeland Security memo, reported that US customs and border officers detained Cassidy in 2016 as he returned from the Philippines and found that he professed a hatred of his workplace.

At the time Cassidy had in his possession “books about terrorism and fear and manifestos ... as well as a black memo book filled with lots of notes about how he hates the VTA,” the Journal quoted the memo as stating.

In an on-camera interview with KNTV, Sheriff Smith said the gunman fired an estimated 39 shots. Attempts to pin down a precise motive for the mass murder were hampered because electronic evidence was destroyed in a fire at Cassidy's house that he is suspected of setting before the shooting.

“There’s a high probability that we lost the ability to do exploitation of devices. The house was incinerated, the second floor collapsed,” Craig Fair, special agent in charge of the FBI's field office in San Francisco, said on KNTV. ― Reuters

These were the details of the news California rail yard gunman faced discipline over racist remarks, say reports for this day. We hope that we have succeeded by giving you the full details and information. To follow all our news, you can subscribe to the alerts system or to one of our different systems to provide you with all that is new.