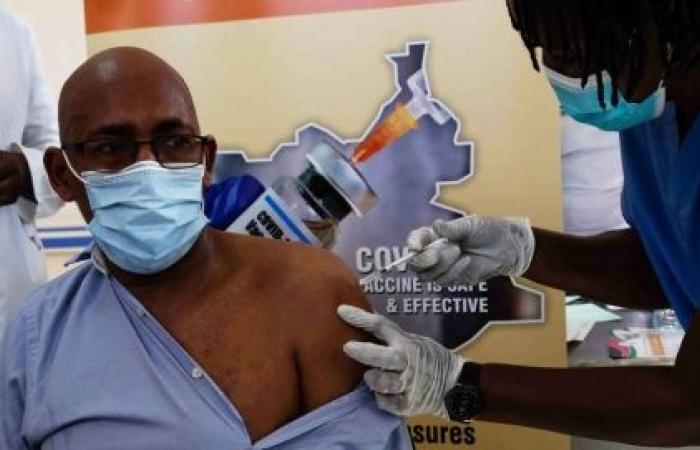 We show you our most important and recent visitors news details UN chief underlines need to step up COVID-19 vaccine production, equitable distribution in the following article

Hind Al Soulia - Riyadh - NEW YORK — The world is far from achieving equitable distribution of COVID-19 vaccines, a tragedy that must be avoided at all costs, UN Secretary-General António Guterres said on Friday during an online conversation on fair access to these lifesaving treatments.

Participating in the Global Solutions Summit 2021, the UN chief stressed the need to defeat the virus through doubling the number of doses produced and ensuring their fair distribution among countries.

“It is absolutely essential to double the production of vaccines, and there are different mechanisms that are needed for that...but we absolutely must have an equitable distribution, and we are far from having it,” he said.

“We have seen vaccine nationalism, hoarding of vaccines, many countries buying three or four times the volume of their population. And on the other hand, we see the enormous difficulty in supplying vaccines to the Global South. And this is a tragedy that we need to avoid at all cost”.

Earlier this week, the head of the World Health Organization (WHO) described the ongoing vaccine crisis as “a scandalous inequity”. When asked his opinion about the situation, the Secretary-General responded, “it’s exactly that”.

Just 10 countries have received 75 percent of all vaccines administered so far, he said, while 0.3 percent have gone to lower-income nations, with the African continent receiving just one percent.

The Secretary-General highlighted the risk inequity poses in the face of a virus that spreads and mutates, noting “this is a race against time".

He warned that either vaccination becomes much quicker and more equitable, and thus able to prevent "a possible dramatic mutation" that is immune to vaccines, or countries which have inoculated their populations “might discover that those vaccines will serve no purpose because the mutations in the Global South will undermine the vaccination campaign in the Global North.”

At the recent G20 Health Summit, vaccine producers committed to delivering one billion doses to poorer countries. While welcoming the development, the Secretary-General said it was far from enough.

Mr. Guterres stressed the need to fully fund and supply the global vaccine equity initiative, COVAX. He noted that one of its main manufacturers, the Serum Institute of India, has had to cut back supply due to the surge in cases in the country, while deliveries from other contractors have been later than expected.

He urged countries to channel their excess vaccines through COVAX, “instead of a geostrategic competition, with several powerful countries giving vaccines to their friends, or trying to compete with each other to see who gains more influence, thanks to the vaccines”.

The secretary-general also reiterated his proposal for a G20-led Task Force that would work with pharmaceutical companies, and other stakeholders, on providing vaccines for all people, everywhere. — UN news

These were the details of the news UN chief underlines need to step up COVID-19 vaccine production, equitable distribution for this day. We hope that we have succeeded by giving you the full details and information. To follow all our news, you can subscribe to the alerts system or to one of our different systems to provide you with all that is new.