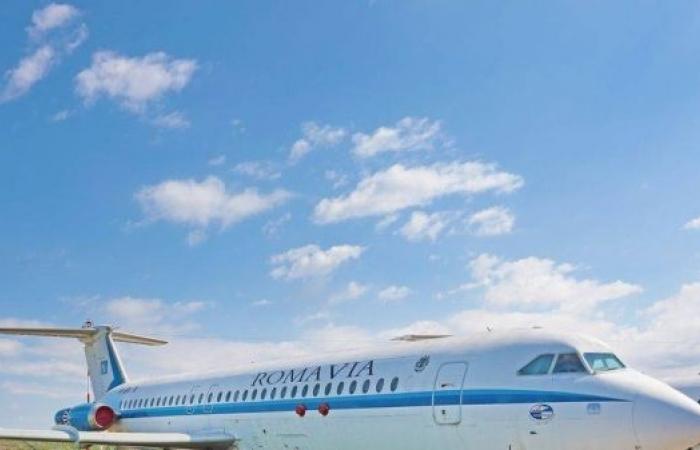 We show you our most important and recent visitors news details Romania ex-dictator Nicolae Ceausescu's plane sold for 120,000 euros in the following article

Hind Al Soulia - Riyadh - BUCHAREST — A plane once belonging to fallen Romanian dictator Nicolae Ceausescu's fleet has been sold for 120,000 euros (nearly $14,600) at an auction in Bucharest on Thursday.

Emblazoned with the words "Socialist Republic of Romania," the aircraft is a representation of Ceausescu's political independence from the Soviet Union.

Dozens of collectors and enthusiasts expressed interest in the plane, which had originally been priced at 25,000 euros, auction house Artmark spokesperson Alina Panico told AFP.

The Rombac Super One-Eleven craft was the first jet passenger aircraft to be produced in Romania, according to Artmark.

It was manufactured in Bucharest under license from the British Aircraft Corporation (BAC), making Romania an aviation leader in eastern Europe.

The first Rombac Super One-Eleven plane was completed in August 1982, with the first official flight to present the plane to state leadership carried out on Sept. 20, 1982 at the Baneasa airport, the auction house said.

The plane sold on Thursday was part of Ceausescu's fleet starting in 1986 until December 1989, when he was overthrown and later executed alongside his wife, Elena.

It is unclear whether Ceausescu ever flew in the plane himself.

Speaking to AFP, a retired military pilot and other sources said that Ceausescu did not fly in the Rombac, but instead preferred a Boeing 707.

Still, the retired pilot told AFP: "We were proud of this type of aircraft, which at the time included cutting-edge solutions".

Due to its "extreme rarity and significance for the technical history of Romania", Artmark said the plane has been classified in the mobile national cultural heritage treasure category in the eastern European country.

In addition to the aircraft, a luxury Paykan Hillman Hunter car gifted to Ceausescu in 1974 by the Shah of Iran was also sold at the auction, bringing in 95,000 euros.

The vehicle had originally been put up for auction starting at 4,000 euros.

The Paykan Hillman Hunter, which began production in the late 1960s, was the first car to be built by the Iranian National Company, becoming a national icon. — Euronews

These were the details of the news Romania ex-dictator Nicolae Ceausescu's plane sold for 120,000 euros for this day. We hope that we have succeeded by giving you the full details and information. To follow all our news, you can subscribe to the alerts system or to one of our different systems to provide you with all that is new.