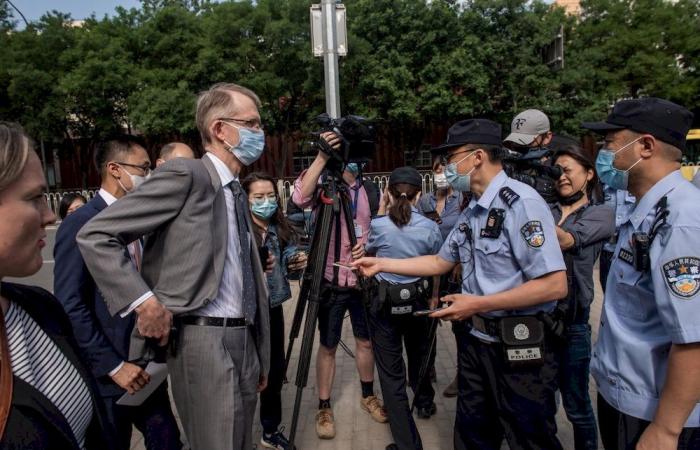 SYDNEY, May 28 — Australia’s foreign minister hit out at the “arbitrary detention” of academic and writer Yang Jun today after a verdict in his closed espionage trial was deferred by a Beijing court.

The trial for the Chinese-born Australian, who also goes by his pen name Yang Hengjun, began Thursday, but the court decided to delay a verdict and a sentence, Foreign Minister Marise Payne said in a statement.

“Given our enduring concerns about this case, including the lack of detail as to the charges and the investigation made available to Dr Yang and to Australia, we consider this to be an instance of arbitrary detention of an Australian citizen,” Payne said.

Despite requesting access, Australia’s ambassador was barred from attending the trial in a process Payne criticised as “closed and opaque”.

Yang, who has been held since 2019, is one of two high-profile Australians detained in China on spying allegations amid escalating tensions between Canberra and Beijing.

Payne said embassy officials had met with Yang Friday to offer support and would continue to call for his legal rights to be upheld.

“These are well-accepted principles of the legal process. Seeking their observation does not amount to interference in the Chinese legal system.”

Diplomatic relations between the two countries have plummeted since Canberra called for an independent probe into the origins of the coronavirus pandemic and banned telecoms giant Huawei from building Australia’s 5G network.

China has already imposed tariffs or disrupted more than a dozen key industries, including wine, barley and coal, decimating exports.

In September, two Australian journalists were rushed out of China after police sought to question them.

Beijing has accused Canberra of raiding the homes of Chinese state media journalists as Australia investigates an alleged campaign of covert influence. — AFP

These were the details of the news Australia slams ‘arbitrary detention’ of academic in China for this day. We hope that we have succeeded by giving you the full details and information. To follow all our news, you can subscribe to the alerts system or to one of our different systems to provide you with all that is new.

PREV Houthi militia must be held to account, says Yemen PM in meeting with US special envoy
NEXT Deadly heat wave slams Canada, US