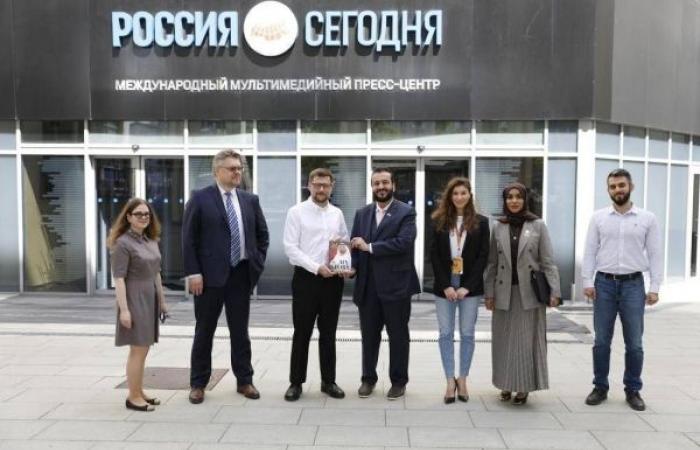 We show you our most important and recent visitors news details WAM, Sputnik to build strategic ties, strengthen cooperation in the following article

This came during a tour made on Thursday by Director-General of Emirates News Agency, Mohammed Jalal Al Rayssi, and his accompanying delegation, to the headquarters of Sputnik in the Russian capital Moscow.

Al Rayssi was received by key executives and editorial staff members of Sputnik.

Following his tour, Al Rayssi said he was looking forward to strengthening cooperation between WAM and Sputnik. He praised the continuous development Sputnik is witnessing and the prominence it enjoys worldwide.

These were the details of the news WAM, Sputnik to build strategic ties, strengthen cooperation for this day. We hope that we have succeeded by giving you the full details and information. To follow all our news, you can subscribe to the alerts system or to one of our different systems to provide you with all that is new.