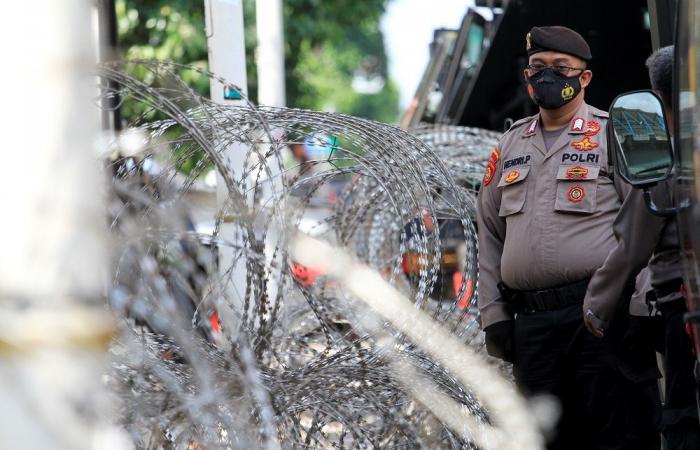 JAKARTA, May 27 ― An Indonesian court was set to deliver its verdict today in the trial of a hardline Muslim cleric accused of breaching coronavirus curbs and inciting followers to attend mass gatherings after his return last year from self-imposed exile.

Some 3,000 police officers were deployed to guard the courthouse in East Jakarta ahead of the verdict.

Rizieq came back to Indonesia in November after three years in Saudi Arabia, where he had fled while facing charges of pornography and insulting the state ideology. Both charges were later dropped.

Thousands of Rizieq’s followers had thronged the airport to celebrate his return, and then joined mass events in the days that followed despite rules to limit gatherings as Indonesia grappled with the worst coronavirus outbreak in Southeast Asia.

The cleric could now face up to two years in prison for incitement to violate coronavirus protocols and violation of the health quarantine law in relation to several mass events, including his daughter’s wedding, which was attended by thousands.

Separately, he could face an additional 10 months imprisonment for an event held at an Islamic boarding school in West Java.

Rizieq's legal team say the cases are politically motivated and part of efforts to silence the cleric, who has a large and vocal following in the world's biggest Muslim-majority country.

The FPI has become politically influential in Indonesia in recent years, and was among several Islamic groups that staged rallies in 2016 to bring down Jakarta's then Christian governor on charges of blasphemy. The mass protests against the governor caused deep anxiety within the government of President Joko Widodo about a perceived Islamist threat.

The government has since sought to crackdown on some Islamist groups, including banning FPI and Hizb-ut Tahrir Indonesia (HTI).

In December, police killed six of Rizieq's supporters in a shootout, saying they acted in self-defence after weapons were pointed at them. The FPI accused the police of carrying out extrajudicial killings. ― Reuters

These were the details of the news Indonesian court set to deliver verdict on hardline cleric accused of flouting Covid curbs for this day. We hope that we have succeeded by giving you the full details and information. To follow all our news, you can subscribe to the alerts system or to one of our different systems to provide you with all that is new.