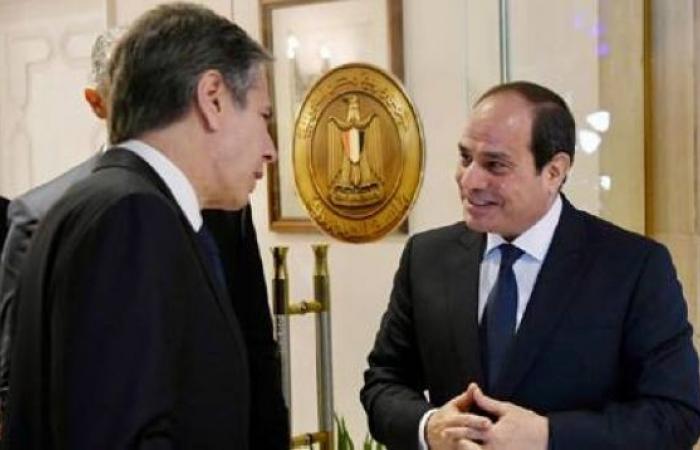 Hind Al Soulia - Riyadh - CAIRO — Egypt and the United States have vowed to work together to reinforce a ceasefire between Israel and Hamas as US Secretary of State Antony Blinken met with Egyptian President Abdel Fattah El-Sisi here on Wednesday.

The US secretary of state was in Cairo on Wednesday as part of his first Middle East tour — which included Israel, the Palestinian territories and Jordan — to firm up the ceasefire in the aftermath of an 11-day Israeli offensive on the Gaza Strip.

Last week, Egypt brokered a ceasefire between Israel and Hamas and other Palestinian factions, ending Israeli airstrikes that killed over 250 people and displaced thousands of Palestinians.

As many as 12 Israelis were also killed in rocket attacks launched from the Palestinian territories.

"We've had in Egypt a real and effective partner in dealing with the violence, bringing it to a close, relatively quickly," Blinken said in Cairo after meeting with Egyptian President E-Sisi, Foreign Minister Sameh Shoukry and intelligence chief Abbas Kamel.

During the meeting, the Blinken conveyed President Biden’s appreciation to President El-Sisi for Egypt’s critical mediation efforts in support of a ceasefire between Israel and Hamas and other groups in Gaza and for Egypt’s help in evacuating American citizens to safety, the US Department of State said in a statement.

“The Secretary affirmed the strong strategic partnership between the United States and Egypt, and President Biden’s commitment to this relationship,” the statement read.

According to the State Department’s statement, Blinken reiterated the US’ commitment to Egypt’s water security and to the urgent resumption of substantive and results-oriented negotiations under the leadership of the African Union to resolve the dispute over the Grand Ethiopian Renaissance Dam (GERD).

The secretary of state praised Egypt for its efforts on Libya and stressed the US and noted our mutual support for the government of Iraq. — Agencies

These were the details of the news Blinken conveys Biden’s appreciation to El-Sisi for Egypt’s efforts to secure Gaza ceasefire for this day. We hope that we have succeeded by giving you the full details and information. To follow all our news, you can subscribe to the alerts system or to one of our different systems to provide you with all that is new.