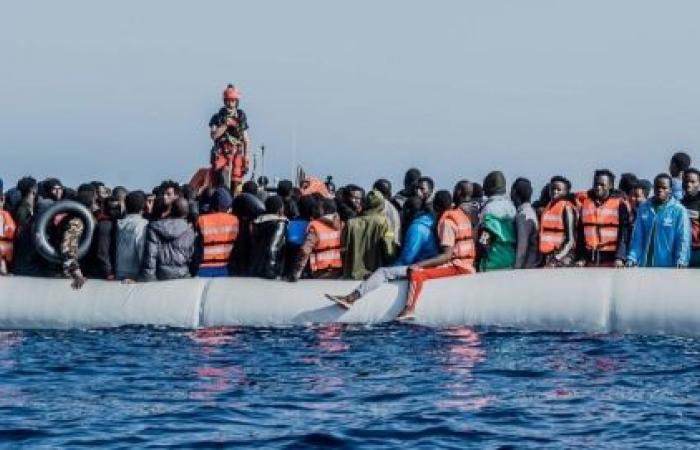 Calling for urgent reform of current policies and practices on search and rescue “that too often rob migrants of their lives, dignity and fundamental human rights”, she said “the real tragedy” is that much of the suffering and death at sea is preventable.

“Every year, people drown because help comes too late, or never comes at all. Those who are rescued are sometimes forced to wait for days or weeks to be safely disembarked or, as has increasingly been the case, are returned to Libya which, as has been stressed on countless occasions, is not a safe harbor due to the cycle of violence,” Bachelet said.

Rights and dignity at risk

The High Commissioner’s Office, OHCHR, has issued a report which states evidence suggests the lack of human rights protection for migrants at sea “is not a tragic anomaly, but rather a consequence of concrete policy decisions and practices by the Libyan authorities, the European Union (EU) Member States and institutions, and other actors that have combined to create an environment where the dignity and human rights of migrants are at risk.”

Despite a significant drop in the overall number of migrants arriving in Europe via the central Mediterranean route in recent years, OHCHR said hundreds of people continue to die, with at least 632 deaths recorded so far this year.

Migrants who have been rescued also suffer. Some remain stuck for days or weeks on board vessels that are not suitable for long-term accommodation. The situation has become more acute in the COVID-19 pandemic, according to the report, with some migrants forced to quarantine at sea. Other challenges await them onshore, including inadequate reception conditions, as well as the risk of mandatory, prolonged or otherwise arbitrary detention.

The report noted that the EU and its Member States have significantly cut back on maritime search and rescue operations, while humanitarian NGOs have been blocked in carrying out this work. Additionally, private commercial vessels increasingly avoid helping migrants in distress due to delays and stand-offs over bringing them to a safe port.

EU border and maritime authorities have encouraged the Libyan Coast Guard to take more responsibility for search and rescue operations in international waters. However, OHCHR said this has occurred “without sufficient human rights due diligence and safeguards”, resulting in an increase in interceptions and returns to Libya.

The report calls for the European Commission and EU countries to ensure all agreements with Libya on migration are consistent with their obligations under international law.

Coordination on search and rescue also should be conditional upon assurances that rescued migrants will not be disembarked in Libya but instead at a port of safety.

Bachelet underlined the need for more action to deploy sufficient search and rescue operations in the central Mediterranean. She also pressed for greater support for NGOs working in this field, and the adoption of a common and human-rights-based arrangement for timely disembarkation of people rescued at sea.

“Until there are sufficiently safe, accessible and regular migration channels, people will continue to try to cross the central Mediterranean, no matter what the dangers or consequences,” she added. “I urge EU member states to show solidarity to ensure that frontline countries, such as Malta and Italy, are not left to shoulder a disproportionate responsibility.” — UN news

These were the details of the news UN rights chief urges Libya, EU, to protect migrants crossing central Mediterranean for this day. We hope that we have succeeded by giving you the full details and information. To follow all our news, you can subscribe to the alerts system or to one of our different systems to provide you with all that is new.