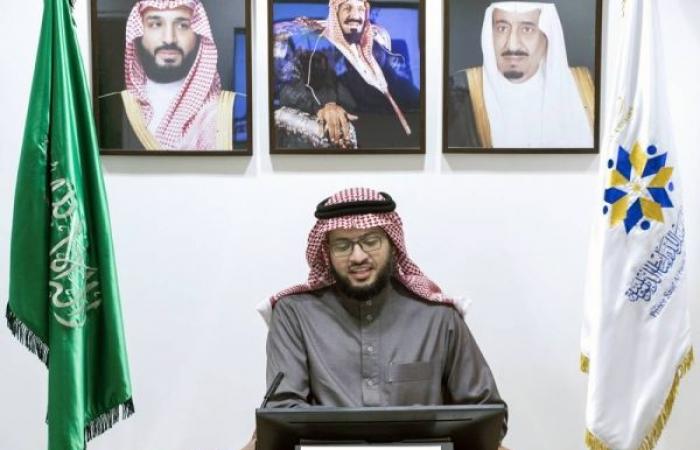 We show you our most important and recent visitors news details AGDA, IDS launch a new talk series in field of diplomacy in the following article

Hind Al Soulia - Riyadh - ABU DHABI — The Anwar Gargash Diplomatic Academy (AGDA) has launched a new talk series in cooperation with the Prince Saud Al-Faisal Institute for Diplomatic Studies (IDS). The sessions of the series aim to raise awareness about the most important topics in the field of diplomacy for the benefit of the students who attend the respective institutions and for diplomats from both the UAE and Saudi Arabia.

The series will also enhance diplomatic cooperation between the United Arab Emirates and the Kingdom of Saudi Arabia. It enables both nations to share experiences to strengthen the capacity of their future diplomats. In addition, the series allows the two countries to devise diplomatic solutions and build diplomatic capability at both the regional and global level.

The sessions cover a range of topics including women empowerment in diplomacy; cultural and public diplomacy; the new working mechanisms imposed by the COVID-19 pandemic such as digital diplomacy; and more pressing priorities such as food security diplomacy.

The sessions will cover topics related to the diplomatic challenges associated with the Arabian Gulf region. Moreover, one session will explore climate change with a particular focus on the United Arab Emirates offer to host the Conference of the Parties to the United Nations Convention on Climate Change “COP 28” year 2023.

In a speech during the opening session on ‘Women Empowerment’, Dr. Mariam Ibrahim Al-Mahmoud, deputy director general at Anwar Gargash Diplomatic Academy, said: "The leadership of the United Arab Emirates and Saudi Arabia both prioritize the empowerment of women in all areas of society.

“By empowering women in the diplomatic corps, we can enable women to play a decisive role in cultural and public diplomacy, digital diplomacy, as well as in shaping policies related to food security and climate change. Overall, we are confident that we will see more diplomatic achievements by women."

She added: "Our meeting today represents an additional accomplishment for the Saudi-Emirati Coordination Council. This session and all subsequent sessions will strengthen bilateral partnerships through shared experiences. These exchanges will build the capabilities of both the Academy and the Institute.”

“The series includes several workshops, panel discussions and lectures on issues of common interest to the Kingdom of Saudi Arabia and the UAE, in particular the political, economic, and cultural developments within the region.”

On Thursday, the students of the Academy and the Institute are scheduled to attend the second session of this series, entitled ‘Food Security’. The speakers of this session will be Issa Al-Hashemi, head of the Department of Enterprise and Innovation, office of the secretary of state for food and water security of the United Arab Emirates; and Dr. Khalid Al-Ruwais, professor of agricultural at the Faculty of Food and Agriculture in King Saud University. — SG

These were the details of the news AGDA, IDS launch a new talk series in field of diplomacy for this day. We hope that we have succeeded by giving you the full details and information. To follow all our news, you can subscribe to the alerts system or to one of our different systems to provide you with all that is new.