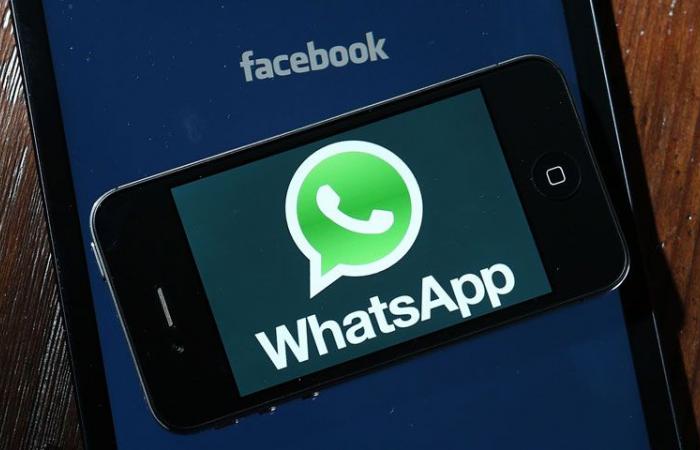 Shortly after a ceasefire went into effect at 2.00am on Friday (2300 GMT Thursday) ending 11 days of deadly conflict, two journalists in AFP's Gaza City bureau received notices from WhatsApp in Arabic informing them their accounts had been blocked.

Other journalists, in Jerusalem and the occupied West Bank as well as Gaza, said their accounts had also been blocked.

A crew from Qatar-based satellite news channel Al Jazeera said their accounts had later been restored after they lodged complaints with WhatsApp owner Facebook.

The vice president of the Palestinian Journalists Syndicate, Tahseen al-Astall, said “around 100 journalists” in Gaza had seen their accounts blocked.

As a necessary part of reporting on both sides of the conflict, Gaza journalists receive Hamas statements, including via WhatsApp, even though the Palestinian militant group has been blacklisted by the European Union and the United States, accused of belonging to “groups and entities involved in terrorist acts”.

The Arab Center for the Development of Social Media said the blocking of WhatsApp accounts was not an isolated incident.

In a new report, the group, based in Israel's third city Haifa, documented 500 cases in which Palestinian “digital rights” had been violated between May 6 and May 19.

“Content and accounts were removed, reduced and restricted, hashtags were hidden, and archived content deleted,” the report said.

“Companies did not provide an explanation for the deletion or suspension in the majority of their responses to users,” the report said.

“However, the reasons presented to users included hate speech, violation of community standards, requesting proof of identity among others.”

We have seen an “escalation against digital rights of Palestinians” in recent weeks, 7amleh campaigner Mona Shtaya told AFP.

Social media remains an important tool for Palestinians, many of whom believe traditional media coverage does not sufficiently capture the reality of the crisis.

Tensions came to a boil earlier this month over the looming expulsions of Palestinian families from their homes in the occupied east Jerusalem neighbourhood of Sheikh Jarrah to make way for Israeli settlers.

Israeli air strikes and artillery fire on Gaza killed 253 Palestinians, including 66 children, and wounded over 1,900 people in 11 days of conflict from May 10, the health ministry in Gaza says.

Rocket and other fire from Gaza claimed 12 lives in Israel, including one child and an Arab-Israeli teenager, an Israeli soldier, one Indian and two Thais, medics say. Some 357 people in Israel have been wounded. ― AFP

These were the details of the news Dozens of Palestinian journalists say blocked by WhatsApp for this day. We hope that we have succeeded by giving you the full details and information. To follow all our news, you can subscribe to the alerts system or to one of our different systems to provide you with all that is new.