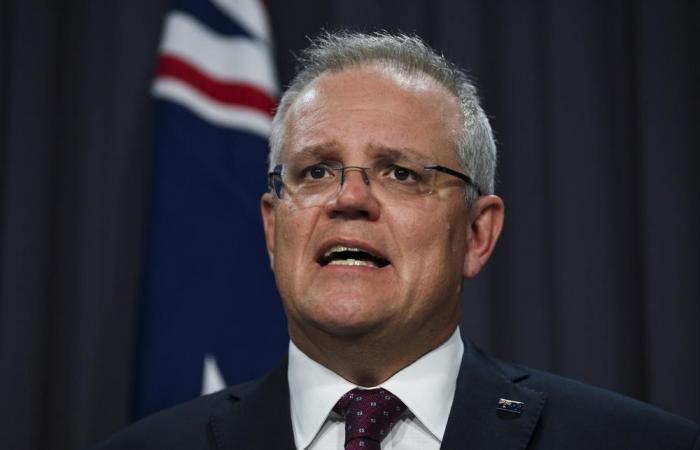 SYDNEY, May 25 ― Australia today abruptly announced it will shutter its embassy in Afghanistan this week, expressing fears over the “increasingly uncertain security environment” in Kabul as foreign troops withdraw.

Prime Minister Scott Morrison said the facility would close as an “interim measure” on May 28 ― in just three days ― “in light of the imminent international military withdrawal from Afghanistan.”

The United States and allied forces have begun withdrawing troops from Afghanistan, opening the final chapter in America's longest-ever war, but heralding an uncertain future for a nation in the tightening grip of the Taliban.

The elected government in Kabul and the Afghan security services remain fragile despite two decades of foreign capacity building, and their success is far from clear without full-scale US support.

In recent days, violence in the country has soared and Afghan forces have clashed with Taliban fighters not far to the east of Kabul.

The insurgents have also seized positions 40 kilometres (24 miles) to the west of the city, a traditional gateway to reach the capital and launch deadly attacks.

All US troops are expected to leave by September 11, the 20th anniversary of the Al-Qaeda attacks that sparked the US-led invasion of the country.

Around 80 Australian troops are also leaving Afghanistan, ending a mission that cost the country billions of dollars and saw tens of thousands of military personnel deployed far from home.

Without that small Australian contingent and the larger US force as back-up, Morrison said there was an “increasingly uncertain security environment.”

“The government has been advised that security arrangements could not be provided to support our ongoing diplomatic presence,” he said in a statement.

It was not clear whether there was a specific threat made against the embassy.

Australian officials are still expected to visit Afghanistan from overseas posts, with Morrison saying his country remains “committed to the bilateral relationship”.

“It is Australia's expectation that this measure will be temporary and that we will resume a permanent presence in Kabul once circumstances permit,” Morrison said.

The sudden closure surprised some experts in Australia.

“It's a bit of a shocking decision,” said Professor of International Security at the Australian National University John Blaxland.

“I can understand on one level why they would want to close, but I think it's a sad indictment that we should walk away like that after 20 years of investment, blood, sweat and tears,” Blaxland told AFP.

“It is not set in stone that this is going to be a Taliban roll up in the next few weeks. The Afghan National Security Forces still exist and they are still quite robust.”

“This is not Saigon 1975,” he added, a reference to the dramatic rooftop helipad evacuation of the US embassy in South Vietnam as the Viet Cong and regular communist military forces seized the city.

Blaxland expressed fears that Afghans who work with the Australian government may now be unable to leave.

“That is something that, if we do not address, the shame of that will linger for years,” he said.  ― AFP

These were the details of the news Australia to close Kabul embassy over security fears for this day. We hope that we have succeeded by giving you the full details and information. To follow all our news, you can subscribe to the alerts system or to one of our different systems to provide you with all that is new.