New York City to send all students back to school this fall, following US trend, says mayor 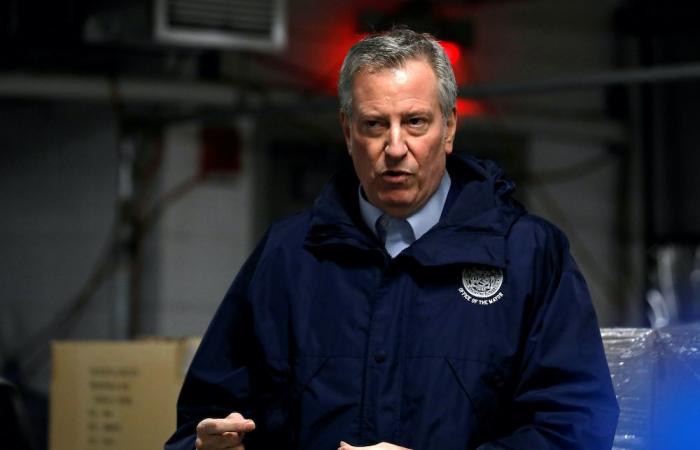 Hello and welcome to the details of New York City to send all students back to school this fall, following US trend, says mayor and now with the details

NEW YORK, May 25 ― New York City's school system will require all 1.1 million of its students to attend classes in person this fall after more than a year of pandemic-induced disruption, Mayor Bill de Blasio said yesterday, joining a nationwide back-to-school trend.

The city's plans to abandon virtual learning come as states and cities across the United States ease restrictions designed to slow new coronavirus infections. The trend reflects a sustained decline in Covid-19 cases, with a significant percentage of Americans now vaccinated.

In the current New York school year, some students have opted for a hybrid weekly schedule, with a mix of in-person and remote learning. Most parents have also opted to keep their children home for remote learning five days a week. Neither of those options will be offered in September, when the new school year begins, de Blasio said.

“It's time for everyone to come back, it's time for us all to be together, time to do things the way they were meant to be done,” the mayor said at a briefing.

“We're going to have plenty of protections in place as we proved, even during the toughest months of Covid, that we can keep kids and staff safe with a gold standard of health and safety measures,” he added.

The decision to open schools fully comes as new coronavirus infections in New York and the country have settled into a sustained decline as more people become vaccinated.

In New York City, the share of residents testing positive for the virus on a seven-day average dropped to 0.69 per cent on Sunday from 2.48 per cent on March 8, according to state data.

Nationwide, the number of new infections fell to a seven-day average of 22,877 on Sunday, the lowest since June and less than one-tenth of its post-holiday peak of more than 250,000, according to Centers for Disease Control and Prevention data.

A week earlier, Governor Phil Murphy in neighbouring New Jersey declared that his state's schools would no longer offer a remote-learning option in September, following similar moves by other states.

Murphy yesterday said his state's indoor mask mandate would be lifted starting May 28 and restrictions on outdoor gatherings would end on June 4.

Nearly half of the US population has had at least one dose of a vaccine, according to the CDC. In New York, 52 per cent of residents have had at least one shot, Governor Andrew Cuomo said yesterday.

But the pace of vaccinations has been trailing off to a seven-day average of about 1.7 million doses a day, according to the latest CDC data, from its early April peak of about 3.3 million.

The decline has prompted officials to come up with an array of giveaways to induce more people to get inoculated, such as free tickets to ballgames and lotteries, including New York State's $5 million “Vax & Scratch” game.

De Blasio on Monday upped the state's ante by adding weekly drawings of prizes, including Broadway shows, hotel packages and one-year gym memberships for residents who get vaccinated at city-run sites through early July.

He also announced that late-night comedian Stephen Colbert will resume taping The Late Show with Stephen Colbert in front of a live, vaccinated audience in New York on June 14.

Given the declining number of new Covid-19 cases, de Blasio said he expected the CDC to relax its current guidelines that require students to maintain social distancing of 3 feet (1 meter) before the start of the next school year.

“We have seen the CDC moving constantly with the data,” he said. “The fact is clear to me that as more data comes in, more progress, they're going to make adjustments.”

These were the details of the news New York City to send all students back to school this fall, following US trend, says mayor for this day. We hope that we have succeeded by giving you the full details and information. To follow all our news, you can subscribe to the alerts system or to one of our different systems to provide you with all that is new.