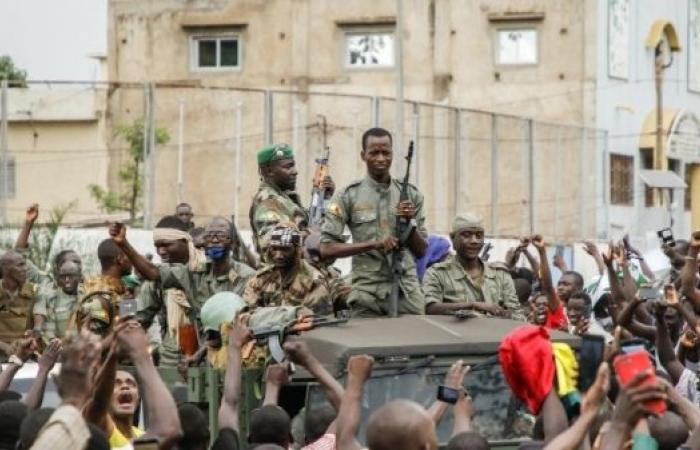 We show you our most important and recent visitors news details Mali’s army arrests president PM and defense minister, drawing international condemnation in the following article

Hind Al Soulia - Riyadh - BAMAKO — Military officers in Mali detained the country’s president, prime minister and defense minister of the interim government on Monday, prompting a strong condemnation from major international bodies such as the United Nations, the European Union and the African Union.

A joint statement signed by UN, AU, ECOWAS, the EU, the United States and the United Kingdom demanded the "immediate and unconditional liberty" of the politicians.

The arrest of the country’s civilian leaders has deepened political chaos just months after a military coup ousted the previous president.

Mali's President Bah Ndaw, Prime Minister Moctar Ouane and Defense Minister Souleymane Doucoure were all taken to a military base in Kati outside the capital Bamako, hours after two members of the military lost their positions in a government reshuffle, Reuters reported citing diplomatic and government sources.

Ndaw and Ouane had been tasked with overseeing an 18-month transition back to civilian rule after the August takeover, but they appear to have moved against the military's control over a number of key positions.

"The sacking of the pillars of the coup was an enormous misjudgment," a senior former Malian government official told Reuters. "The actions are probably aimed at getting them back in their jobs."

A previous coup in 2012 led to militant Islamists exploiting the instability to seize territory in northern Mali.

These were the details of the news Mali’s army arrests president PM and defense
minister, drawing international condemnation for this day. We hope that we have succeeded by giving you the full details and information. To follow all our news, you can subscribe to the alerts system or to one of our different systems to provide you with all that is new.