Estimated 115,000 healthcare workers have died from coronavirus, says WHO 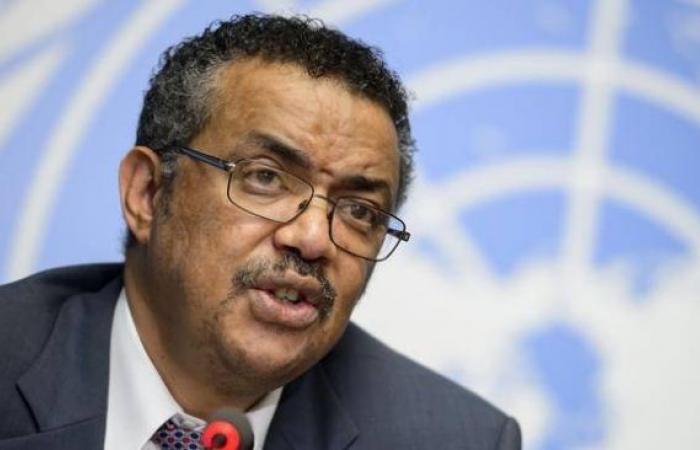 We show you our most important and recent visitors news details Estimated 115,000 healthcare workers have died from coronavirus, says WHO in the following article

Hind Al Soulia - Riyadh - GENEVA — At least 115,000 health and care workers are estimated to have lost their lives to COVID-19, the chief of the World Health Organization (WHO) said on Monday.

Speaking at the opening of the WHO's main annual assembly, Tedros Adhanom Ghebreyesus paid tribute to the work of health care professionals worldwide, noting that "many have themselves become infected, and while reporting is scant, we estimate that at least 115,000 health and care workers have paid the ultimate price in the service of others".

He warned 18 months into the pandemic the situation remains precarious and that "on current trends, the number of deaths will overtake last year’s total within the next three weeks".

"No country should assume it is out of the woods, no matter its vaccination rate. So far, no variants have emerged that significantly undermine the efficacy of vaccines, diagnostics, or therapeutics. But there is no guarantee that will remain the case.

"We must be very clear: the pandemic is not over, and it will not be over until and unless the transmission is controlled in every last country," he went on.

More than 3.4 million people have so far died from COVID-19, according to a tally by Johns Hopkins University. A further 167 million are known to have contracted the disease.

Vaccinations worldwide began in earnest in December but Dr. Tedros denounced the "scandalous inequity" when it comes to access.

"More than 75 percent of all vaccines have been administered in just 10 countries. There is no diplomatic way to say it: a small group of countries that make and buy the majority of the world’s vaccines control the fate of the rest of the world," he said.

The WHO chief said the doses administered so far would have been enough to vaccinate every healthcare professional and older person worldwide.

According to Our World in Data, more than 1.6 billion doses of vaccines have been administered globally. Just under 600 million of those were administered in the US, EU, UK, Israel and Canada, while China has used more than 510 million doses.

Meanwhile, the COVAX program, co-led by the WHO, has managed to deliver just 72 million doses to its 92 low- and middle-income recipient countries.

"Those doses are sufficient for barely 1 percent of the combined population of those countries," Dr. Tedros said.

He urged member states to "support a massive push" to vaccinate at least 10 percent of the population of every country by September and to ramp up donations so that vaccinations reach 30 percent by the end of the year.

He said those were "the minimum targets we should aim for" and that there were "crucial to stop severe disease and death, keep our health workers safe and reopen our societies and economies." — Euronews

These were the details of the news Estimated 115,000 healthcare workers
have died from coronavirus, says WHO for this day. We hope that we have succeeded by giving you the full details and information. To follow all our news, you can subscribe to the alerts system or to one of our different systems to provide you with all that is new.