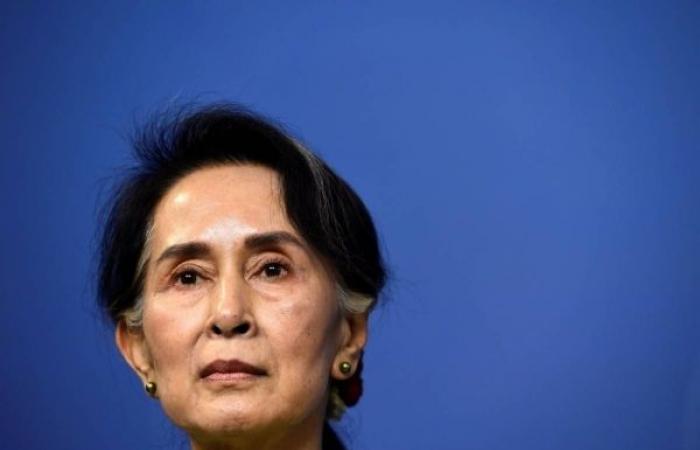 Suu Kyi, who has been detained since the coup, held a face-to-face meeting with her legal team for about 30 minutes before the hearing in the capital, Naypyidaw, her lawyer Khin Maung Zaw said.

"We discussed the cases (and) what line of defense we should take," Khin Maung Zaw said. "She wished the people good health and prosperity."

Prior to the hearing, Suu Kyi had only been permitted to speak with lawyers via a video link in the presence of security personnel.

Suu Kyi faces a range of charges, from illegally possessing walkie-talkie radios to violating the official secrets act — the most serious charge which carries a potential prison sentence of up to 14 years.

The ousted civilian leader, whose National League for Democracy (NLD) party won a landslide in November 2020 elections, has not been seen in public since her detention.

According to Khin Maung Zaw, Suu Kyi had complained that 30 minutes was not sufficient to discuss all the cases against her, and urged her legal team to ask the judge to permit another meeting.

The lawyers also met with ousted President Win Myint, who was detained on Feb. 1 alongside Suu Kyi, and is facing charges.

According to Khin Maung Zaw, Suu Kyi said of the NLD: "Our party grew out of the people so it will exist as long as people support it." — CNN

These were the details of the news Myanmar ousted leader Suu Kyi appears in court in person  for this day. We hope that we have succeeded by giving you the full details and information. To follow all our news, you can subscribe to the alerts system or to one of our different systems to provide you with all that is new.