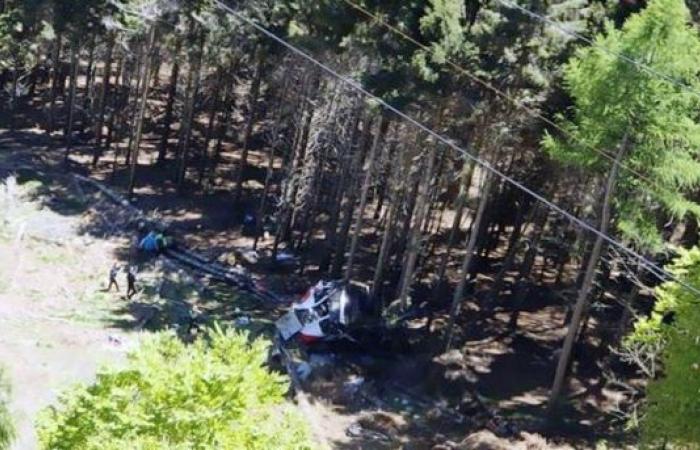 The accident took place on the Stresa-Mottarone Cableway, on the banks of Lake Maggiore, some 90 kilometers northwest of Milan.

Pictures of the wreckage shared by emergency services show the cable car crushed to the ground in what appears to be a clearing among pine trees and overlooking the lake.

Walter Milan, spokesperson for the Alpine rescue service said the cause of the incident has not been determined.

He added that the cable line had been renovated in 2016 and had only recently reopened after coronavirus lockdowns forced the closures of ski lifts across Italy.

The cable car takes about 20 minutes to reach its intended destination, at 1,491 meters, which offers a 360-degree view of the scenery. There is also Alpyland, a 1.2-km log bob slide on rails.

"My thoughts go to the families of the people who lost their lives," he wrote, adding: "In the face of the death of so many lives, we can only be dismayed and grieved. I ask all Piedmontese to join in prayer for the two seriously injured children fighting for their lives."

Stresa city council said on Facebook that it "joins in the pain of the families involved in the Funivia tragedy."

Prime Minister Mario Draghi said he was "deeply saddened" by the "tragic accident.

"I express the condolences of the entire government to the families of the victims, with a special thought for the children who were seriously injured and their families." — Euronews

These were the details of the news Thirteen die in cable car accident in northern Italy for this day. We hope that we have succeeded by giving you the full details and information. To follow all our news, you can subscribe to the alerts system or to one of our different systems to provide you with all that is new.