US to expand Haitian eligibility for deportation relief programme 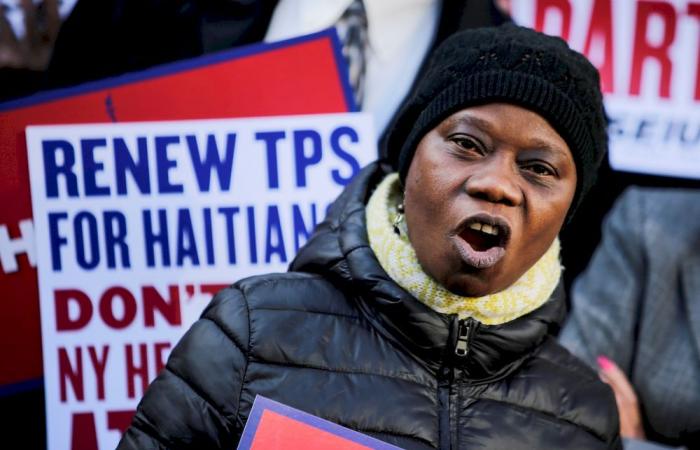 WASHINGTON, May 23 — The United States will expand Haitian eligibility for a humanitarian programe that grants deportation relief and work permits to immigrants who cannot safely return to their home countries, the Department of Homeland Security said yerday.

A new designation of Temporary Protected Status (TPS) will cover an estimated 150,000 Haitians already living in the United States, Democratic Senator Bob Menendez said in a statement praising the decision.

“After careful consideration, we determined that we must do what we can to support Haitian nationals in the United States until conditions in Haiti improve so they may safely return home,” DHS Secretary Alejandro Mayorkas said in a statement, citing security concerns, increased human rights abuses, “crippling poverty and lack of basic resources.”

Democrats, a few Republicans and pro-immigrant advocates had pressed President Joe Biden administration’s to make more Haitians who are in the country illegally eligible for deportation relief. Republican former President Donald Trump had sought to end most TPS enrolment, including that of Haitians, but was stymied by federal courts.

The programme allows people already in the United States to stay and work legally if their home countries have been affected by natural disasters, armed conflicts or other events that prevent their safe return. The designations last six to 18 months and can be renewed.

Haitians were granted the protected status following a devastating 2010 earthquake in the Caribbean island nation. The programme currently covers about 54,000 Haitians residing in the United States since January 2011, a DHS spokeswoman said.

The new move would extend the programme for 18 months for those already in it and expand eligibility to Haitians in the United States as of May 21. That would make roughly 100,000 more people eligible, the spokeswoman said.

Mayorkas stressed that Haitians who arrive in the United States after May 21 will not be eligible and could be deported.

Menendez applauded the move, saying in a statement that it “will avoid destabilizing the island’s fragile recovery efforts.”

The Biden administration opened the TPS programme to an estimated 320,000 Venezuelans living in the United States in March and for several thousand Syrians in January.

Roughly half of the Haitian and Venezuelan immigrants in the United States live in Florida, according to the Washington-based Migration Policy Institute.

In the coming months, the Biden administration will also face decisions over whether to renew or expand TPS eligibility for immigrants from El Salvador, Honduras and five other countries covered by the programme. — Reuters

These were the details of the news US to expand Haitian eligibility for deportation relief programme for this day. We hope that we have succeeded by giving you the full details and information. To follow all our news, you can subscribe to the alerts system or to one of our different systems to provide you with all that is new.