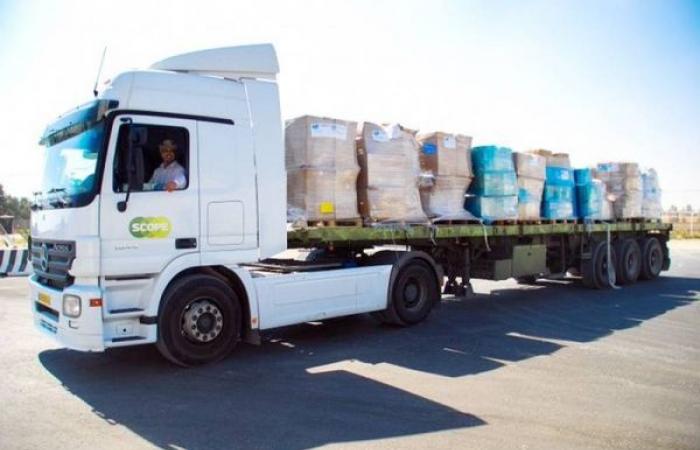 Hind Al Soulia - Riyadh - GAZA CITY — The fragile ceasefire between Israel and the Hamas group entered its second day on Saturday as convoys of emergency humanitarian aid were able to enter Gaza.

Humanitarian aid from Morocco was handed over to the Palestinian National Authority in Ramallah after entering the region by land through Jordan.

A Jordanian mobile field hospital was among supplies arriving in the southern Gaza Strip after passing through the Kerem Shalom crossing, the main passage point for goods entering the enclave from Israel.

The United Nations has announced it has allocated over $4.5 million (€3.7 million) towards the rising humanitarian needs in Gaza. That's in addition to the $14m dollars (€11.5 million) of aid it announced earlier in the week.

The truce between Israel and Hamas came into force at 02:00 a.m. local time on Friday and has largely held despite fresh clashes breaking between Palestinian protesters and Israeli police after Friday prayers at the Al-Aqsa Mosque compound.

It is unclear what sparked the violence. Police fired stun grenades and tear gas at protesters while and Palestinians hurled rocks and at least one firebomb at officers.

Palestinians also clashed with Israeli troops in parts of the occupied West Bank, which has seen mounting unrest in recent days linked to the eviction of Palestinians from parts of East Jerusalem.

Earlier on Friday, thousands of Palestinians rallied in the streets of Gaza as the ceasefire took effect after 11 days of fighting. The latest war left more than 200 people dead —the vast majority of them Palestinians — and devastated swathes of the already impoverished Hamas-ruled Gaza Strip.

Hamas quickly followed suit and said it would honor the deal. "The Palestinian resistance will commit itself to this deal as long as the occupation is committed,'' said Taher Nounou, a Hamas official.

Senior Israeli defense officials recommended accepting the proposal after claiming "great accomplishments'' in the operation, their statement said. Defense Minister Benny Gantz wrote on Twitter that "the reality in the field will determine the continuation of operations."

Thousands gathered in the southern Gaza Strip town of Khan Younis, outside the family home of Mohammed Deif, the Hamas commander who had ordered the rocket attacks. Supporters shouted “victory” and waved green Hamas flags.

The mood was more somber in Israel, where Netanyahu faced accusations from his right-wing base that he had brought the war to an end too soon.

The decision came amid international pressure to halt the offensive. Even after the announcement, air-raid sirens indicating incoming rocket fire sounded in southern Israel.

The ceasefire came after a week of international pressure for the fighting — the worst wave of violence between Israel and Palestinians since the war in 2014 — to be brought to an immediate end.

US President Joe Biden said on Thursday that the ceasefire brought "genuine opportunity" towards the larger goal of building a lasting peace in the Middle East.

"I believe that Palestinians and Israelis equally deserve to live in safety and security and to enjoy equal measures of freedom, prosperity, and democracy," he added.

Secretary of State Anthony Blinken is to visit the region "in the coming days" to meet with Israeli, Palestinian, and regional leaders, his spokesperson Ned Price has announced.

The ceasefire was also welcomed by the European Council President Charles Michel, who said this "opportunity for peace and security for citizens should be seized", and by the UK's foreign minister, Dominic Raab.

"All sides must work to make the ceasefire durable and end the unacceptable cycle of violence and loss of civilian life," Raab wrote on Twitter.

Secretary-General Antonio Guterres told reporters after the ceasefire announcement that "Israeli and Palestinian leaders have a responsibility beyond the restoration of calm to start a serious dialogue to address the root causes of the conflict." — Euronews

These were the details of the news Aid reaches Gaza as Israel-Palestinian ceasefire enters second day for this day. We hope that we have succeeded by giving you the full details and information. To follow all our news, you can subscribe to the alerts system or to one of our different systems to provide you with all that is new.