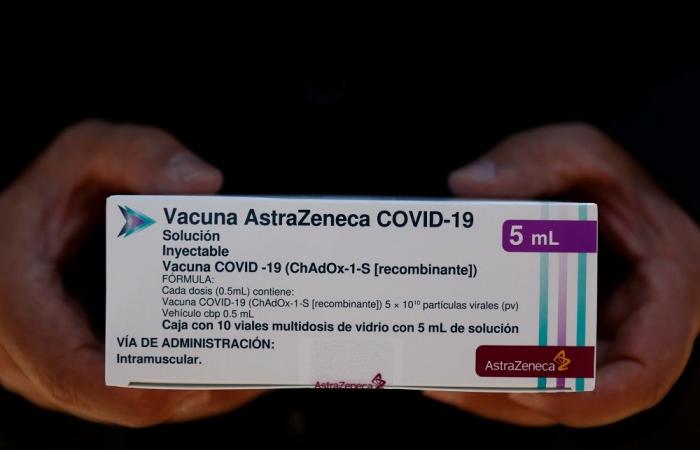 MEXICO CITY, May 22 — Mexico will receive some four million AstraZeneca Covid-19 vaccine shots by the end of next week, a senior Mexican official said yesterday, shipments that could help Latin America fight the virus more quickly.

An air cargo of around 1.3 million doses that arrived in Mexico from the United States on Thursday night was the first of the shipments, the official said.

However, the vaccines originated in Argentina, which produced the active ingredient, the official and another government source said. That material was flown to the United States for bottling before reaching Mexico, they said.

The convoluted journey reflects a deal between AstraZeneca, Argentina and Mexico to produce vaccines for use in the region, which has some of the world’s worse coronavirus rates.

Countries across Latin America have struggled to find adequate supplies of vaccines to battle the infections.

The regional project has been delayed for months by hiccups in preparing the bottling plant in Mexico, and Argentina sent some of the active ingredient to the United States for processing instead.

The first doses under the regional deal, which was supported by Mexican billionaire Carlos Slim’s charitable foundation, are now due to hit the streets next week, after the problems at the plant in Mexico pushed back an original March deadline.

When the AstraZeneca factory in Mexico reaches full capacity it is expected to help relieve pressure by providing about 150 million doses for the region this year.

Separately, Mexico has requested millions more doses from the United States’ own reserve of AstraZeneca shots, which have not been approved for use there.

The Mexican government previously said Thursday’s shipment contained about 1.2 million doses. The remaining 2.7 million or so doses will reach Mexico between this week and next, the first official said. Both officials asked not to be named in order to speak freely.

An Argentine government representative said they could not for the moment confirm the arrival of Argentine-made shots in Mexico over the next week.

Mexico’s vaccination programme, which got off to a slow start after Western companies delayed deliveries of promised doses, has picked up pace in recent weeks.

These were the details of the news Millions of AstraZeneca doses head to Mexico under Latin America plan for this day. We hope that we have succeeded by giving you the full details and information. To follow all our news, you can subscribe to the alerts system or to one of our different systems to provide you with all that is new.

PREV Delta variant, a warning COVID-19 virus is getting ‘fitter and faster’
NEXT Bangladesh takes Eid break from Covid-19 lockdown