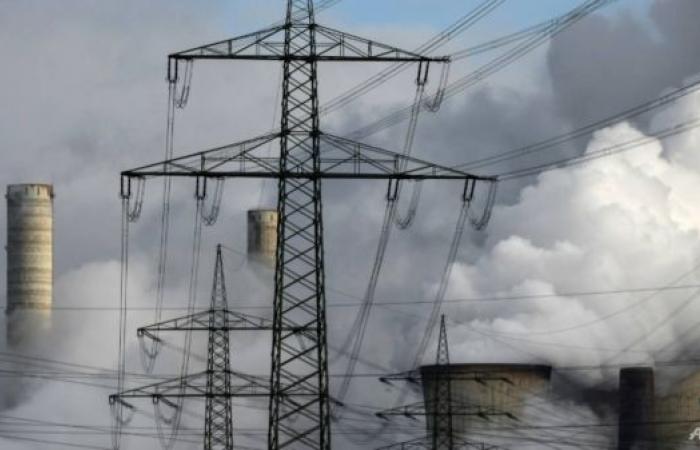 Three weeks before a summit in England, the G7 countries pledged "ambitious and accelerated efforts" to reduce their CO2 emissions.

Made up of Canada, France, Germany, Italy, Japan, the United Kingdom, and the United States, the G7 said limiting the rise in temperature to below 1.5°C above pre-industrial levels would require "significant action by all countries and in particular the major emitting economies".

The 1.5°C target is the point at which scientists believe climate change will get out of hand.

To achieve this the countries are first targeting coal, which they say is “the main cause of rising temperatures”.

"Recognizing that continued global investment in coal-fired power generation is incompatible with the 1.5°C objective, we insist that international investment in unmined coal must stop now,” the group said in a statement.

The move comes six months ahead of a crucial COP26 climate summit in Glasgow.

German Environment Minister Svenja Schulze, said it was "an important step forward, because only in this way can we, as industrialized countries, credibly demand that others follow us in this direction".

"It is a very strong signal to the world that coal is an energy of the past and has no place in our energy mix," French Ecological Transition Minister Barbara Pompili told The Guardian. "It was a very difficult decision to make, especially for Japan.

According to the United Nations, emissions would have to fall by almost 8 percent a year to stay within the 1.5°C global rise foreseen in the Paris agreement, which would be equivalent to saving the same amount of emissions each year until 2030 as during the pandemic.

Beyond coal, the G7 countries agreed to "significantly accelerate" their efforts to move away from hydrocarbons for transport in the coming decade.

This week, the International Energy Agency (IEA) said the world must "now" abandon any new oil and gas projects beyond those already approved to achieve carbon neutrality by 2050 and have a chance of limiting global warming to 1.5°C.

The UK branch of the environmental organization Greenpeace welcomed the measures announced on coal: "This leaves China isolated on the world stage with its funding of the most polluting energy source.

"Unfortunately, too many of the commitments made remain vague when we need them to be precise and accompanied by a timetable," the organization regretted. — Euronews

These were the details of the news G7 commits to end support for coal-fired power stations this year for this day. We hope that we have succeeded by giving you the full details and information. To follow all our news, you can subscribe to the alerts system or to one of our different systems to provide you with all that is new.

PREV Biden picks Caroline Kennedy as US ambassador to Australia, CNN reports
NEXT Iran's Khamenei: Do not blame people protesting over water crisis