US not seeking to buy Greenland anymore, says Blinken 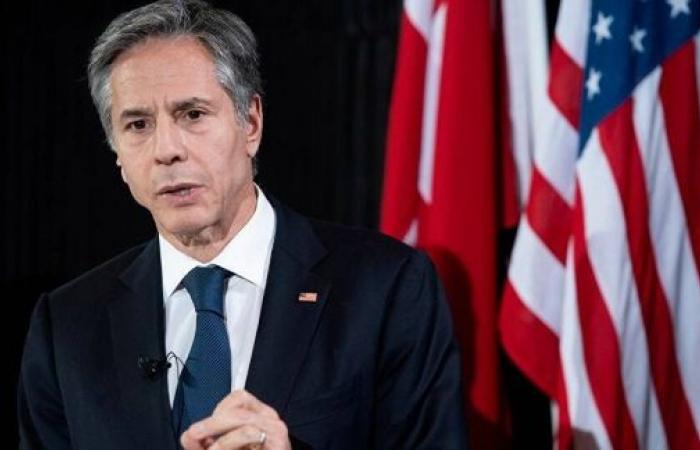 We show you our most important and recent visitors news details US not seeking to buy Greenland anymore, says Blinken in the following article

Hind Al Soulia - Riyadh - BRUSSELS — US Secretary of State Antony Blinken reassured Greenlanders on Thursday that his administration was not seeking to buy their island anymore.

Former President Donald Trump had expressed interest in buying Greenland from Denmark and later canceled a state visit to Copenhagen when the offer was mocked by Danes and Greenlanders alike.

Asked whether the Biden administration had dropped Trump's interest in the purchase of Greenland, Blinken replied: "I can confirm that is correct."

The comments came as Blinken visited Greenland on Thursday following a meeting of Arctic Council foreign ministers in Reykjavik, Iceland.

He met with Greenlandic Premier Múte Bourup Egede and other officials in Kangerlussuaq, a small town in western Greenland.

Blinken lauded the re-establishment of a US consulate in the Greenlandic capital of Nuuk and said the administration hoped to boost cooperation with the island on a variety of fronts, starting with climate change

The visit came after Greenlanders elected a pro-independence and anti-mining government coalition earlier this year.

"We will see if Greenland decides in the next two years or so to try to push for full independence and then what that will from Denmark and what that will mean for the historic relationships between the US and Denmark and with regard to US bases in Greenland," said Rockford Weitz, a professor of practice and director of the Maritime Studies program at The Fletcher School at Tufts University.

I think one of the top priorities for the Biden administration is to rebuild the relationship with Denmark, which is a very strong US and NATO ally and also reassure Greenland that we're here to collaborate," Weitz told Euronews.

"I personally think the Greenlanders want to maintain good relations with the United States, as well as with Denmark and other European countries. And they're being courted less by Russia and more by China."

"And so how they move into a kind of small country strategy for balancing powerful neighbors will be very interesting,".

At the Arctic Council meeting, Blinken said the multilateral forum should maintain its focus on peaceful cooperation on environmental issues, maritime safety and the well-being of indigenous people in the region.

The US has also rallied Arctic Council members to oppose Moscow’s plans to set maritime rules in the Northern Sea Route, which runs from Norway to Alaska, as well as to resume high-level military talks within the eight-nation bloc.

These were the details of the news US not seeking to buy Greenland anymore, says Blinken for this day. We hope that we have succeeded by giving you the full details and information. To follow all our news, you can subscribe to the alerts system or to one of our different systems to provide you with all that is new.