Jihadist gets life for deadly attack on German gay couple 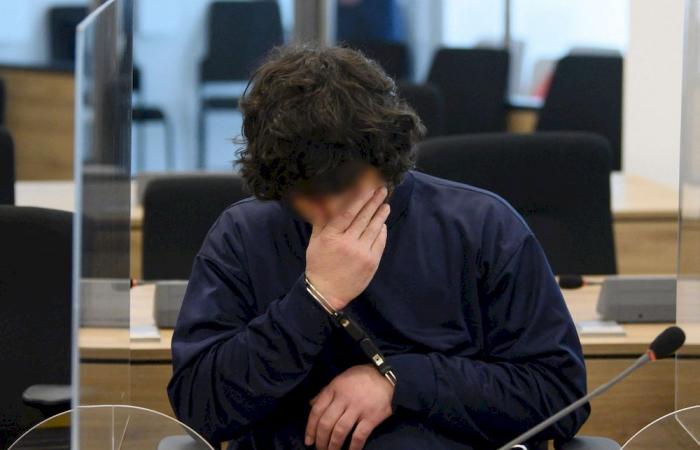 DRESDEN, May 21 — A Syrian jihadist received a life sentence today for stabbing a German tourist to death and severely wounding his life partner in a homophobic attack.

In a case described by German media as the country’s first deadly Islamist assault targeting gay people, the superior regional court of Dresden convicted the 21-year-old assailant, identified only as Abdullah A., of murder.

It determined a “particular severity of guilt” meaning he is unlikely to be granted early release.

He was also found guilty on charges of attempted murder and grievous bodily harm for attacking the two men with a 21-centimetre (eight-inch) blade on October 4, 2020.

The victims were life partners and reportedly holding hands in the street when Abdullah A. charged them from behind.

One of them, 55-year-old Thomas L., later died from his injuries in hospital. The other, Oliver L., aged 53, survived with serious wounds.

Authorities faced criticism for failing for several weeks to publicly identify the victims as a gay couple.

‘Punish them with death’

At the opening of the trial, prosecutors said the then 20-year-old was motivated by homophobia and “radical Islamist views”.

“The defendant decided to take the lives of the two men he saw as infidels,” prosecution lawyer Marco Mayer told the court.

“He believed they were homosexuals, for which he wanted to punish them with death.”

Abdullah A., who was born in Aleppo, did not address the court during his trial.

His defence team acknowledged his guilt but called for a lighter sentence as he was just 20 years old when the crimes were committed.

He was arrested on DNA evidence on October 20 with a large knife in his backpack, just over two weeks after he attacked the two men outside Dresden’s Palace of Culture.

Investigators said he had bought two sets of knives days before the attack with the intent to kill “infidels”.

Having arrived in Germany as a minor during the refugee influx of 2015, the Syrian had been living in the country under “tolerated” status granted to people whose asylum requests have been rejected, but who cannot be deported.

According to Mayer, he had become “increasingly radicalised” as an Islamist since 2016.

He has a long criminal record and was in 2018 handed a juvenile sentence of two years and nine months for soliciting support for a foreign terrorist organisation.

He remained under surveillance following his release about a month before the Dresden attack.

The stabbing turned Germany’s attention once again to the threat of Islamist terrorism after a recent rise in attacks by right-wing extremists.

It came just days before French history teacher Samuel Paty was brutally murdered in Paris for showing cartoons of the Prophet Mohammed in a lesson on free speech.

Security officials continue to highlight the danger posed by Islamist extremism after several violent attacks in Germany, the deadliest being a truck rampage at a Berlin Christmas market in December 2016 that killed 12 people.

The assailant was linked to the Islamic State group. — AFP

These were the details of the news Jihadist gets life for deadly attack on German gay couple for this day. We hope that we have succeeded by giving you the full details and information. To follow all our news, you can subscribe to the alerts system or to one of our different systems to provide you with all that is new.