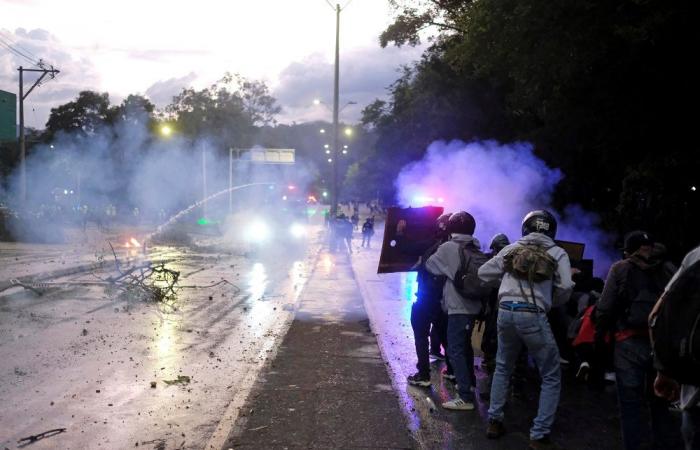 BOGOTA, May 21 ― Road blockades connected to weeks of anti-government protests in Colombia, which have caused food and gasoline shortages and stymied exports, are still in place around the country yesterday despite a recent presidential order to clear them.

Blockades have been mounted by local protesters calling for policy reforms, striking truckers and others. The government says cutting off people from freedom of movement is a crime.

President Ivan Duque earlier this week ordered security forces to move blockades, but the national police said as of noon there were 62 protests taking place and still 43 blockades erected in 17 of Colombia's 32 provinces.

Most affected are roads in the southwestern provinces of Huila, Valle del Cauca and Cauca.

The sometimes-deadly demonstrations were originally called in late April against a now-canceled plan to hike taxes, but have expanded to include demands like an end to police violence, opportunities for young people and a basic income.

In response to the protests, lawmakers shelved a health reform opposed by many demonstrating in the streets.

There have been at least 2,084 blockades since the start of the protests, a defense ministry document shared with Reuters showed, as well as 1,781 marches and 4,223 demonstrations.

The document did not specify how many blockades were lifted over the last three days, but 463 have been cleared since the start of protests ― 275 through negotiation and 188 via police intervention.

Demonstrators and human rights groups have accused police officers of using excessive force and abuse during the protests.

The national strike committee ― made up of unions and student groups ― was meeting yesterday with the government.

The committee is demanding a visit by the Inter-American Commission on Human Rights to examine police abuse and supports a congressional censure motion against Defense Minister Diego Molano which would force his resignation.

“Next week the strike will continue and we are going to have large protests on the 26 and 28 of May,” said Francisco Maltes, president of the Central Union of Workers (CUT).

The government says recent announcements of investigations and punishments for alleged abuse by police should satisfy protester demands for official condemnation of violence by officers.

Demonstrations and blockades cost the county some US$132 million (RM546.5 million) per day, the finance ministry has said, while the coffee federation says at least 1,200 tractor trailers of coffee have been unable to reach ports.

The attorney general's office has confirmed 15 deaths connected to protests, while human rights groups tally as many as 51. ― Reuters

These were the details of the news Dozens of Colombian roads still blocked amid anti-government protests for this day. We hope that we have succeeded by giving you the full details and information. To follow all our news, you can subscribe to the alerts system or to one of our different systems to provide you with all that is new.