One dead as armed robbery sparks gunfight with police near Amsterdam 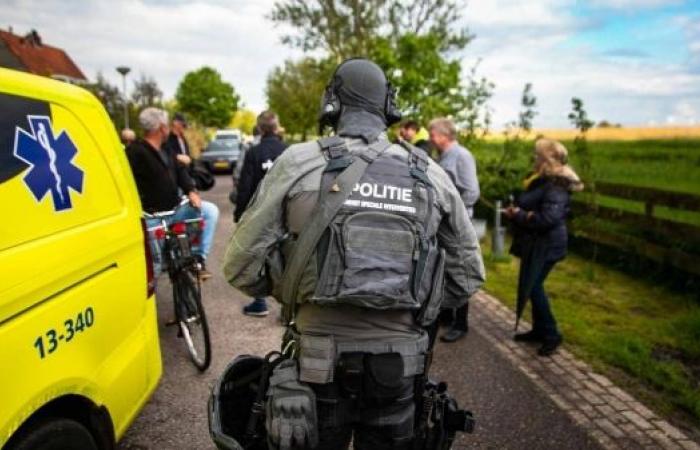 Hind Al Soulia - Riyadh - AMSTERDAM — A suspected robber has died and six others arrested after a spectacular police chase near Amsterdam.

Authorities were first alerted that a number of armed men had approached a vehicle transporting valuables on Meeuwenlaan in the north of the Dutch capital city at around 14.15 (CEST) on Wednesday.

Several Dutch media outlets report that the attacked vehicle was carrying a large shipment of gold and diamonds, worth around 50 million euros (nearly 61 million).

After the robbery, the suspects fled in several vehicles and were pursued by dozens of police officers.

"During the chase, automatic weapons were fired at the police. Police also fired shots," a statement read.

The dramatic pursuit ended in the small village of Broek in Waterland, where the suspects attempted to escape into the fields.

Videos from the scene showed a car crashing into a garden and several fugitives, dressed entirely in black, fleeing to a nearby meadow.

The dramatic chase, which also involved a police helicopter, had kept the Netherlands on edge all evening.

Six individuals were eventually arrested, while a seventh died. Two of those detained were also wounded.

"It is a miracle nobody else was injured,'' Amsterdam police spokesman Rob van der Veen said, "this is a situation that doesn't happen every year".

An investigation has been launched into the armed robbery, as well as the police actions. — Euronews

These were the details of the news One dead as armed robbery sparks gunfight with police near Amsterdam for this day. We hope that we have succeeded by giving you the full details and information. To follow all our news, you can subscribe to the alerts system or to one of our different systems to provide you with all that is new.

PREV US secretary of state, who chief meet in Kuwait, vow to work jointly to prevent future pandemics
NEXT Deadly heat wave slams Canada, US